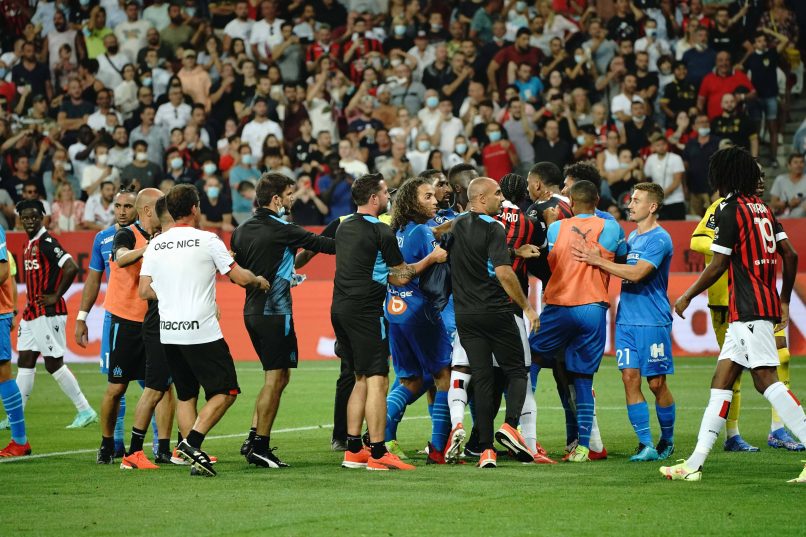 Nice-Matin report today that five people have been taken into police custody following the events of the Nice-Marseille fixture that saw supporters flood onto the pitch to confront Marseille players, and the ensuing mass brawl. The five detainees are suspected of taking part in the pitch invasion.

The Nice magistrate has indicated that more arrests are to follow, with those who ran onto the pitch at risk of up to one year in prison.

The supporter who confronted and attempted to kick midfielder Dimitri Payet – whose retaliation after having a bottle thrown at his head sparked the crowd trouble – will appear in court on September 22, and is currently released under legal supervision.