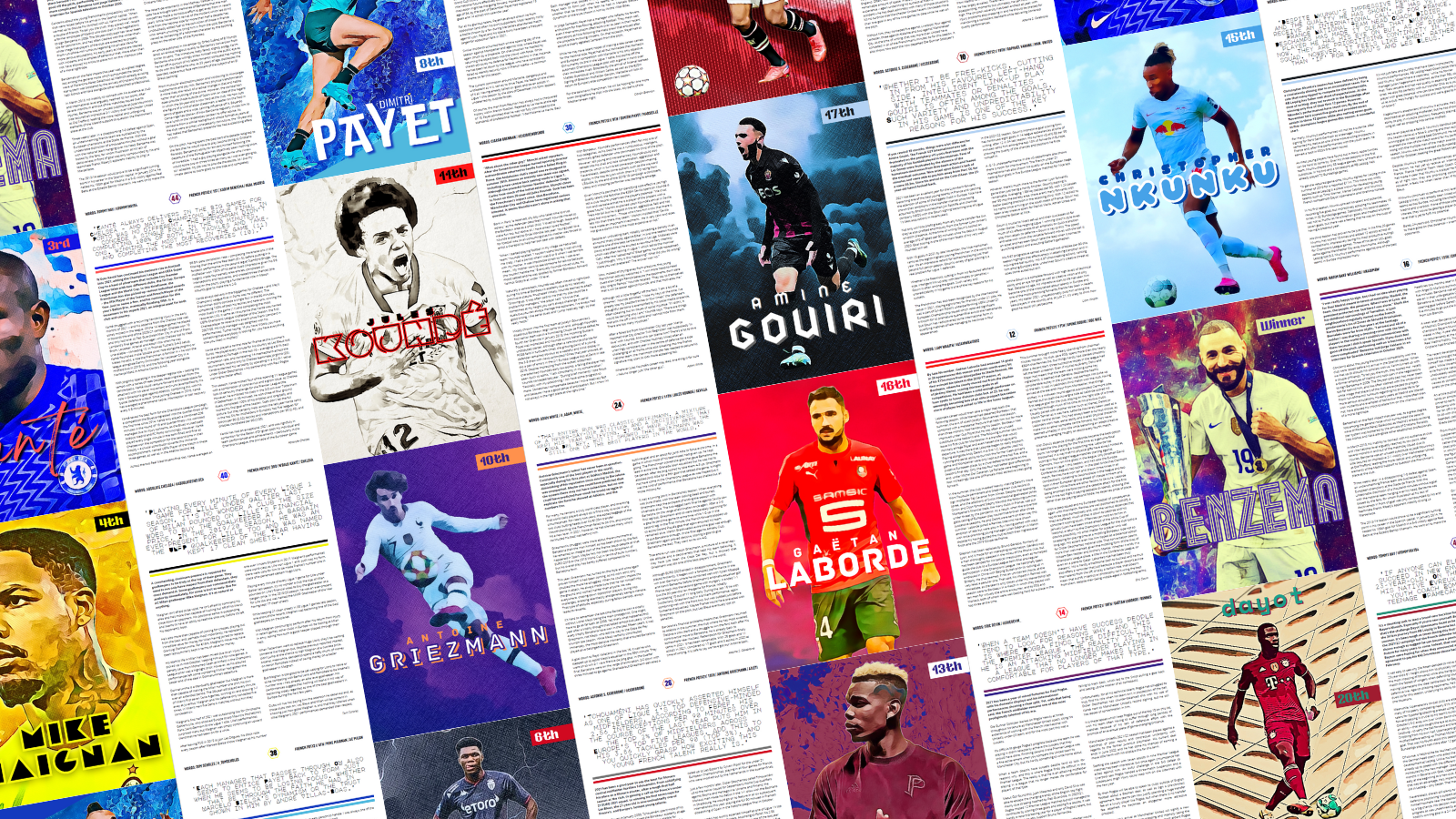 It’s been a thrilling year of French football. Les Bleus stuttered and spluttered to a dramatic EURO 2020 last 16 penalty exit to Switzerland, but were superb in winning the Nations League. Domestically, meanwhile, Ligue 1 made huge strides on the pitch, despite growing off-field issues surrounding crowd violence and finances, as Lille won the title and Lionel Messi signed for PSG.

Starting with a 30 man shortlist, including French players from all over Europe’s ‘Big 5’ leagues, votes were submitted from across the Get Football team to decide the winner of GFFN’s inaugural French Player Of The Year Award. Who should be our first winner? Find out in the pages ahead as we count down the best 20 French players in the world this year.