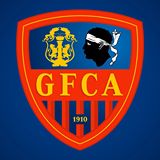 Corse Matin report today that GFC Ajaccio – who played in Ligue 1 during the 2015-16 but had recently found themselves in the fourth tier – are set to go bankrupt and cease activities.

Several current and former members of the club’s management had been taken into police custody on Tuesday and the club’s accounts seized, in what is said to be a part of an investigation into Corsican organised crime groupe Le Petit Bar.

The club’s president Mathieu Messina and shareholders Antony Perrino and Pierre Anchetti have resigned from their positions. The five people who had been arrested were later released during the day.

After a three-year spell in Ligue 1 following their historic solitary campaign in the top flight, Gazélec were relegated to the third tier, and then to the fourth after the Covid-19 pandemic saw the 2019-20 season come to a premature end in France.

Monaco-Lyon now unlikely to be played in China