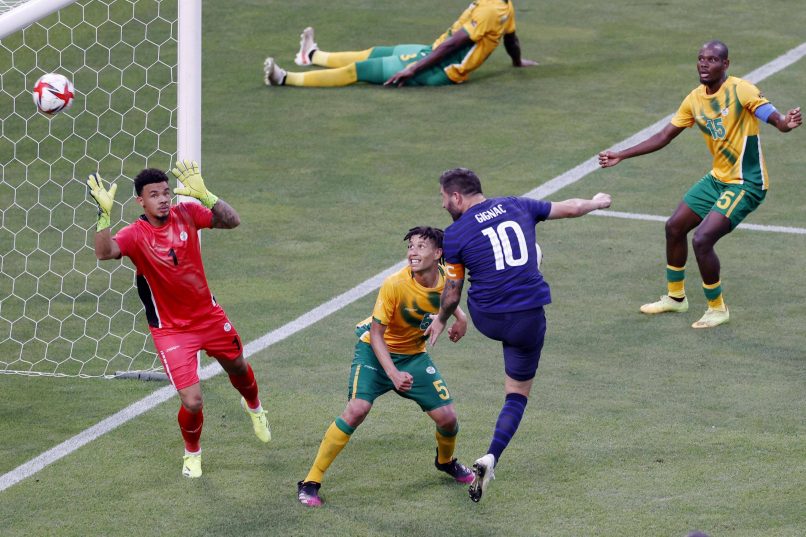 Speaking after France’s 4-0 loss to Japan – sealing Les Bleus’ elimination from this year’s Olympic tournament – Tigres striker André-Pierre Gignac explained that the hosts’ month-long preparation had tipped the scales in their favour.

His quotes transcribed by RMC Sport, the former Marseille forward also criticised French clubs’ unwillingness to let players leave to join up with the Olympic squad – a fiasco which had meant that Sylvain Ripoll’s squad saw numerous changes after its initial release before a final delegation could settled on.

Ripoll’s men leave Japan with a third-place group stage finish after losing their opener to Mexico, winning against South Africa with a Gignac hat-trick and last-gasp Savanier winner, and a heavy loss to the hosts – in total, Les Bleus will have conceded 11 goals in their three fixtures.

“We shouldn’t look for excuses. Japan are at home, they’re ready, they decided to bring in a top team. Collectively, they’re very strong – they started back in June and played 6-7 friendlies. There’s no secret in football, they’ve been playing together for a while, they were prepared.”

“Tonight we came up against a better side than us, just as in the first match. I just hope that in 2024 [next Olympics, in Paris] the clubs will be more lenient with the Olympic games. I came to give it my all, to get past the first round and to bring home a medal for France – but in these conditions, it’s too complicated.”