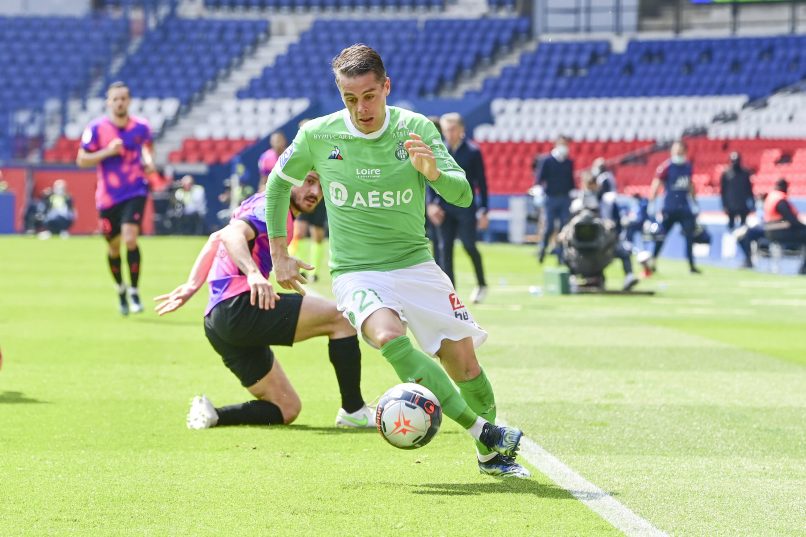 Having been released by Saint-Étienne at the end of last season, attacking midfielder Romain Hamouma has been subject to contract offers from Nice and Brest. Now promoted Troyes have joined the race for Hamouma (34) in offering a two year deal to join the promoted club recently inducted into the City Football Group, according to Foot Mercato. Troyes signed long term Saint-Étienne team mate, goalkeeper Jessy Moulin earlier this week and Moulin is looking to convince Hamouma to join him at the Stade de l’Aube.

Despite his age Hamouma is an attractive proposition for many Ligue 1 clubs as free agent, despite a patchy injury record and issues with slow recovery at times, having hit some of his best form for Saint-Étienne in recent seasons, playing in a variety of roles across the attack from centre-forward to right midfield to number 10. His experience and quality could be key for Ligue 2 champions Troyes as they look to survive in Ligue 1 for the first since 2006.