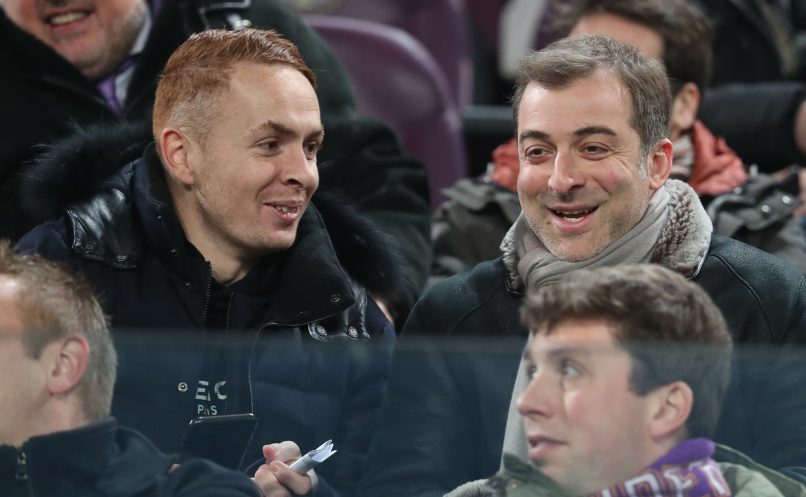 In summer 2016, Trebel’s agent, Nicolas Onissé, was told by Standard Liège President Bruno Venanzi that his client could leave for €4m. Onissé quickly informs Anderlecht of this news, having been in touch with them since the start of the summer on the matter. Although the transfer was set to go through, the parties ran out of time.

Adrien Trebel, frustrated by the lack of movement, decided to go on strike in December. Up steps Mogi Bayat, who uses this moment to strike and take control of proceedings.

On 15th January 2017, the transfer was finalised for €3m to be paid in instalments. Trebel also did well for himself, with a €3.312m signing bonus agreed that would be paid over the duration of his contract, which included a monthly salary of €32k excluding bonuses.

Bayat was initially due to receive €200k in the deal, while Onissé was to earn €630k. It begs the question, why did Bayat have to be involved, if Trebel, Standard, Anderlecht and Onissé were in agreement about a deal back in summer?

Except that is not the worst of it – per a side contract which stipulated that Onissé concluded the deal but that this was only possible thanks to Bayat – as a result, Onissé is obliged to pay Bayat €315k.

Through simple maths, you can determine that Bayat received €550k from a €3m transfer and that Anderlecht in total paid €830k commission in a €3m transfer – agent commissions in France are capped at 10% of the deal, but in Belgium there are no such regulations. This deal sees at least 27% of the transfer fee paid out in additional commissions.

Just weeks after arriving at Anderlecht, Trebel, if Bayat gets his way, was informed that he might already be on the move, as the Belgian club provides Bayat with a mandate to sell Trebel for €6m. If the player departs, Bayat will receive a fee of €300k, even if he is not directly involved in an eventual sale – the mandate is given to him for a period of 3 years – until 14th January 2020. Trebel is currently still at Anderlecht.

The clause in the contract read as follows: “It is expressly agreed that if RSCA negotiates and/or concludes itself or with the help of a third party in the ‘broad’ sense a transfer agreement with any third party club (Belgian or foreign) during the duration and/or the execution of this agreement (and its automatic renewal), regardless of whether or not the intermediary has undertaken any preliminary negotiation process on behalf of and on behalf of the RSCA with the third club, the Intermediary is entitled (without delay) to the commission.”

Anderlecht President Herman Van Holsbeeck was asked about the arrangement by Le Soir:

“I want to first and foremost respect the rules in force in our rule of law. For these purposes, I intend to prioritise giving my responses to the investigators and the investigating judge who are leading the investigation.”

Onissé & Bayat also signed an agreement that would distribute commission 50 – 50 in the event that Trebel is sold on.

Beyond the pure oddity of the arrangement is the question of whether or not Bayat and Anderlecht’s dealings break with FIFA rules on Third Party Ownership (TPO). These rules prevent any third party from owing rights in a player, a practice that was banned in 2015.

The nature of the clause signed between Bayat and Anderlecht over an eventual resale of Trebel, and that Bayat would receive a commission regardless of if he did any work, indicates that the agent thus has a stake in the player.

At the time that the deal was done, Anderlecht’s own lawyers knew that they were playing with fire – Renaud Duchêne, a member of the Belgian club’s legal team, sent an email on January 16th 2017 to Bayat’s lawyer, Laurent Denis:

“Can you confirm to me that on the amount of €6,000,000 or any other amount reduced to its delta, we run no risk relating to the TPO ban included in Article 18 of the FIFA RSTP 2016 Regulations?”

We do not know what Denis’ exact response was, but the deal was done anyway…