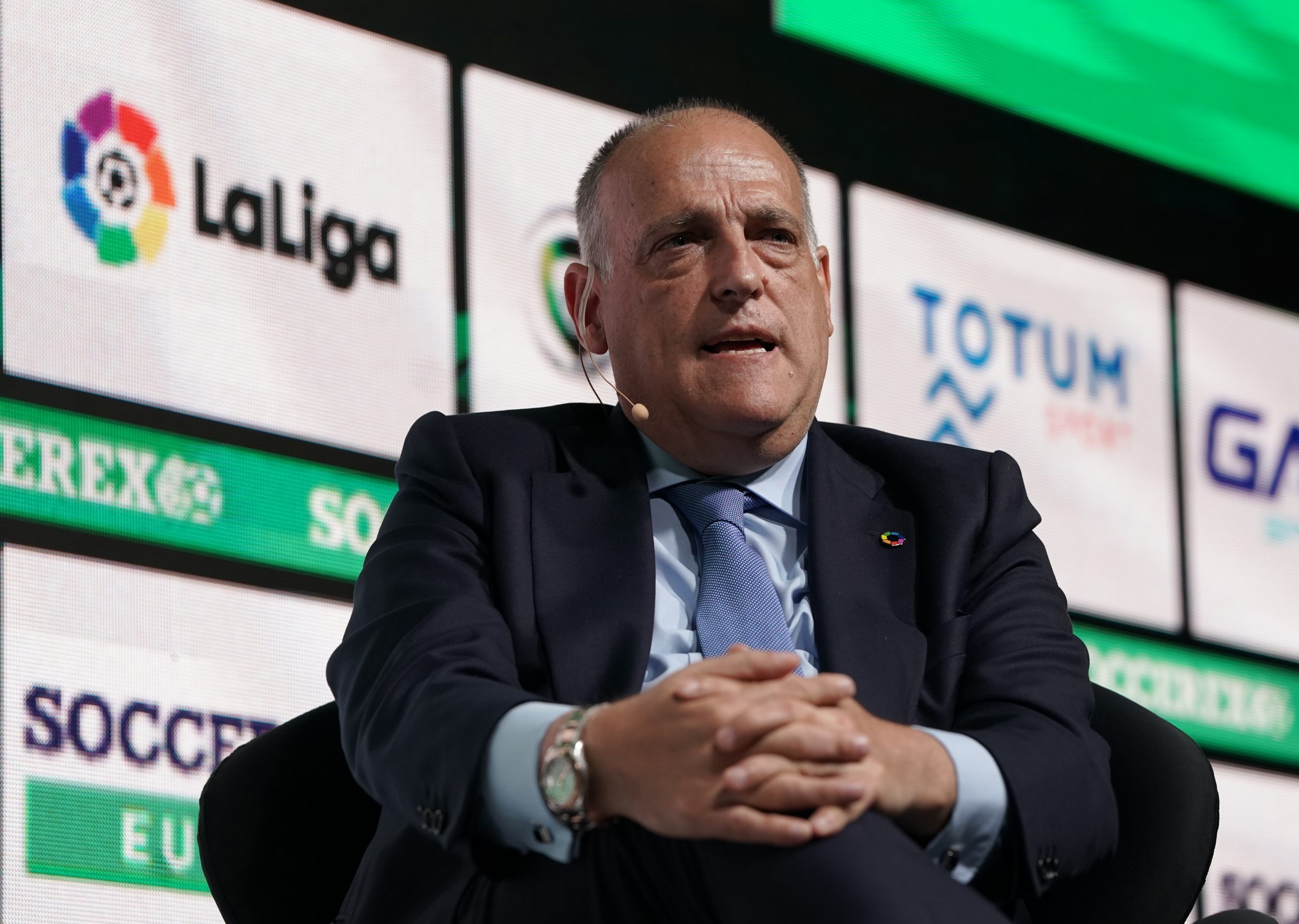 While in Monaco on Wednesday at a media event, La Liga president Javier Tebas spoke to L’Équipe, in an interview which notably saw him continue his ardent criticism of Paris Saint-Germain and the club’s Qatari ownership

You often criticise PSG. Maybe it’s because they’ve taken Neymar and Messi, who were in La Liga?

You would be lying to yourself to think that. I criticise PSG because they don’t generate the money to have the team they do. It provokes a competitive distortion of the European football economy. It doesn’t equate to real sponsorship. How can PSG explain to us that they have a squad worth almost €600m? If they win Ligue 1, they won’t earn more than €45m – it’s impossible. I’ve invited the PSG and Ligue 1 presidents to show them the figures and where the irregularities are. They haven’t responded to me. They are quick to criticise, but not to respond

Do you doubt PSG’s balance sheet?

I can show you, with the figures, the cheating with regard to Financial Fair Play, which still hasn’t changed. Before Messi, PSG had sponsorship deals worth 40% more than Manchester United… There is a market value… Whether Messi or Neymar stay at PSG, I don’t care. It’s just that all of this hurts European football a lot. I’m not the only one to say it. The reason PSG have escaped a sanction was because of an error in the procedure, not because of what they did.

For you, can PSG not be within the limits of FFP?

With the one that’s still in place, no.

Are you not simply jealous that Qatar hasn’t invested in La Liga?

I say the same thing to Almería [Spanish second tier] which belongs to Saudi Arabia. Club-states that invest with no limits destabilise football.

PSG, who you keep criticising, was opposed to the Super League.

I personally thanked Nasser Al-Khelaifi for the strong position he took. And I can thank him publicly. But it’s not an amnesty which should let him do what he wants with FFP.