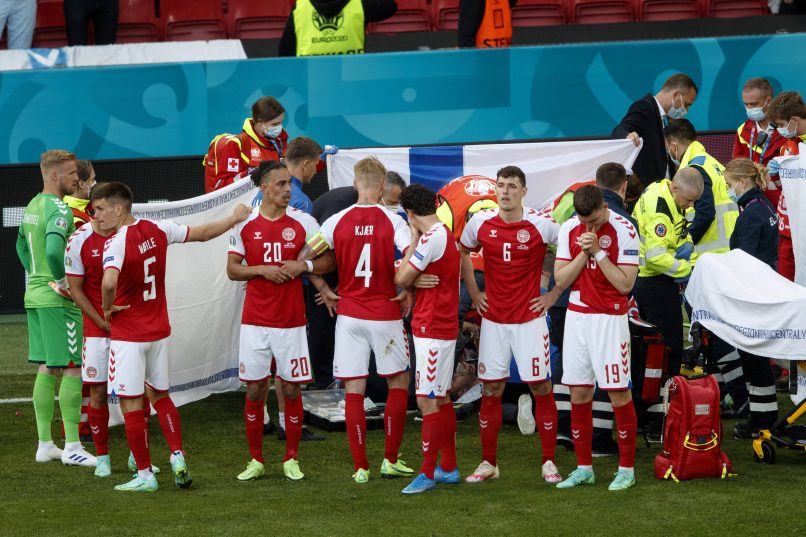 Speaking to L’Équipe, the director responsible for the global feed for Saturday’s Denmark vs Finland clash in the Euros, Jean-Jacques Amsellem, explained his decision making on shot selection during and after Christian Eriksen’s collapse.

How did you react to Christian Eriksen’s collapse on the screens of your production van?

As you can imagine there is no handbook for these sorts of things. There was a slow-motion of the scene where we can see him fall really clearly, but I immediately forced my teams not to focus on him, not to film him anymore! With more than 30 cameras in the stadium, we could have continued to do so, but at no point did we go and do close shots on him. During all that followed, I actually went at one point to the Danes in tears because it was still necessary to show the distress. We also see the emotion of the Finns, that of the fans, but I do not think that we did anything murky.

Did you receive any directives from UEFA?

Yes our producer was in conversations with UEFA. The instructions were clear: we were told not to do close-ups, not to film the cardiac massage, but that there was no problem with filming the surrounding emotion.

People watching at home felt uncomfortable with the images selected…

If we do a general wide shot, we don’t show the emotion. That could have been for a long time… but we also have to transmit how it felt in the stadium. We showed the sadness and distress of the people, on the side of the players, the staff and the fans. We also saw unity in this moment of great anxiety, it had to be transmitted. I wouldn’t call it voyeurism. If someone had told me ‘‘stick with the wide shot,” I would have. But the most important thing, frankly, is that he is ok.