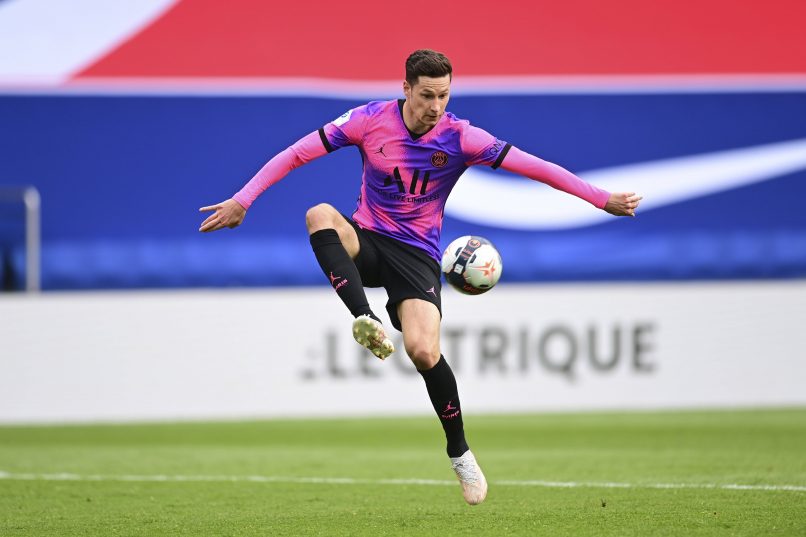 L’Équipe report that German international and attacking midfielder Julian Draxler has agreed to sign a new 3-year contract with PSG, with his current deal having been due to expire at the end of the current campaign.

The 27-year-old had initially been seeking a 2-year contract with Les Parisiens, but in the end accepted a slightly longer deal – he has also accepted a wage cut, down from his existing deal which sees him earn €7m a year pre-tax.

The player had been on the transfer list, put there by PSG, for the last two years, but Draxler had consistently rejected offers and approaches, with him and his wife in love with living in Paris. Everyone was convinced that the German, a constant bit-part player for Les Parisiens, was going to be shown the door this summer, until the arrival of Mauricio Pochettino, who has pushed hard for PSG to retain Draxler.

The fact that Draxler started in the second leg vs Barcelona, as well as in both legs vs Bayern Munich, was a huge sign of confidence from Pochettino. The ex-Tottenham boss was so insistent on keeping Draxler that he even plead the case with Sporting Director Leonardo. Unconvinced, it was the economic context that made Leonardo side with Pochettino, owing to the lack of financial power that the club will have to replace him this summer.

Draxler paused, but not for long, despite contacts in the Premier League and Serie A – the major competing offer was however from Bayern Munich, who had made a contract proposal to Draxler on superior financial terms to what PSG offered, but Draxler’s love for the capital ensured that he decided to remain.