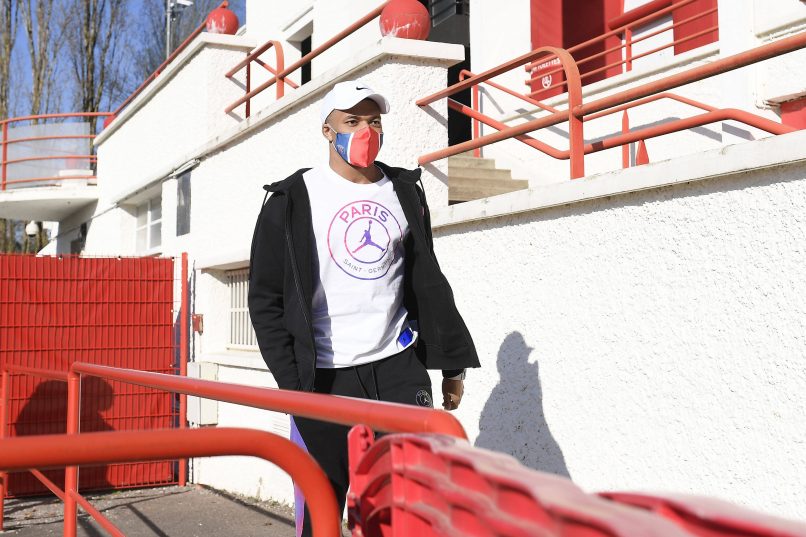 L’Équipe have provided an update on the contract situation of 22-year-old French international forward Kylian Mbappé, whose current deal expires in June 2022.

PSG are seeking an imminent response from the talent, but Mbappé’s clan continue to kick the can down the road.

The player has all the power, and the constant press questions to manager Mauricio Pochettino and Sporting Director Leonardo are becoming tiresome. Pochettino as recently as Friday called Mbappé “one of the most important players in the team…. [I want to see him] stay for a long time still in Paris.”

10 days earlier, Leonardo had the following to say to France Bleu on the matter: “We are going to arrive at the moment where we have to take a position and a decision.”

The truth is, that there is an element of impatience creeping in at PSG, over this matter. On 22nd January, Mbappé told media that he “was in deep thought.” A position he reaffirmed on 16th February after the 1st leg victory over Barcelona: “It would be stupid to decide my future on one match, whether I am good or bad. It is a thought process for the long term, not on one or two matches.”

PSG want the player to sign a 4 or 5 year contract extension, multiple meetings have been had and the club is offering a really impressive financial package, given the economic crisis currently facing European football. Mbappé feels like he hasn’t received answers to all his questions and continues his “thinking process.” Les Parisiens feel that this process should come to an end now, 16 months out from the expiry of his contract – if Mbappé says he wants to depart, PSG want to line up a buyer for summer in advance. They have zero intention of allowing the player to leave for free in summer and miss out on a potential 9-figure payday.

A source close to the matter had the following to say: “Given what is at stake, the club is forced to act this way. With this sort of player, it is almost illegal to find yourself in a situation where they have less than 2 years running on their contract.”

At the moment, the most likely scenario is that Mbappé remains silent until the end of the season – can the club accept this? They are starting to put the pressure on…