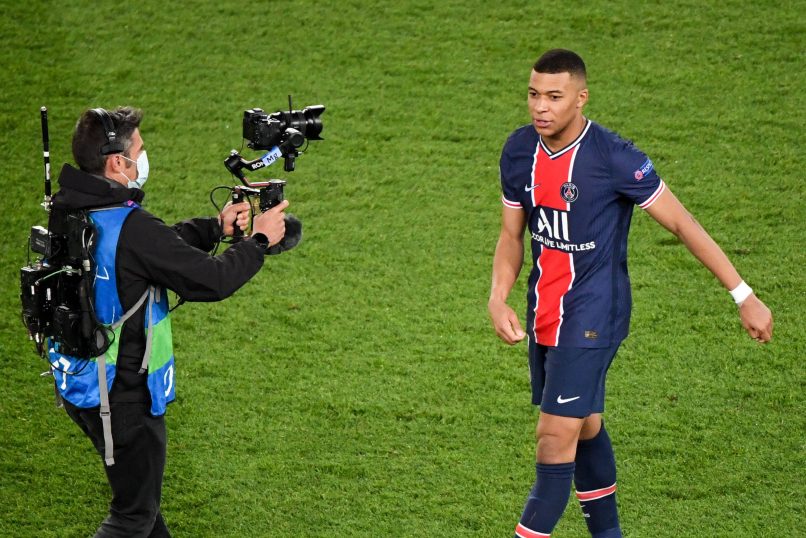 L’Équipe have provided an update on the future of 22-year-old PSG attacker Kylian Mbappé.

For several weeks, PSG have been attempting to find the required common ground with the world champion to convince him to sign a contract extension, with his current deal expiring in June 2022. However, the French international is in no hurry to take a decision. He has Europe at his feet, at least those who can afford him, that is to say Real Madrid, Liverpool and Manchester City, in addition to his current club, and he knows that time is on the side. Phone calls to Mbappé’s entourage have intensified lately. All whilst their striker shines in the same way at Camp Nou and at Strasbourg’s Stade de Meinau.

PSG are ready to make significant financial concessions to keep their striker. In particular, they are willing to offer him a substantial salary hike, which would bring his annual wage to €30m. But still no answer. So a game in the media has been taking place. Some sources claim that the player has chosen to stay. But for its part, Mbappé’s entourage has been consistent with their messaging, maintaining that no decision has been taken.

The player is however tending towards wishing to continue the Paris adventure. He feels that, in the current economic situation, it will not necessarily be easy to find a new club abroad this summer that will have both the means to pay a major transfer fee and to provide him with a comparable salary to what PSG are offering him.

Above all, he is happy in Paris, where he flourishes every week a little more, even though the critics sometimes get to him, as he recently hinted to RTL during the international break. He nevertheless keeps in mind his career plan, which involves one day playing for a major foreign club. And he knows that, if he signs a new contract that is excessively long with PSG, he runs the risk of being blocked from that adventure abroad.

In fact, Mbappé would like to stay another year. PSG would like to keep him until the 2022 World Cup, which will take place in November and December in Qatar. This suggests that his stay in PSG could extend until June 2023, which means that consequently, he would sign a contract extension until 2024 so that Les Parisiens are protected from losing him on a free transfer.

Would the former Monaco man agree to extend his contract by two years if he obtained the guarantee of being sold in 2023? It seems like we are getting warm, but PSG also believe that they have become a very large European club in their own right and might not accept any longer being considered as a stepping stone in the career of its players.