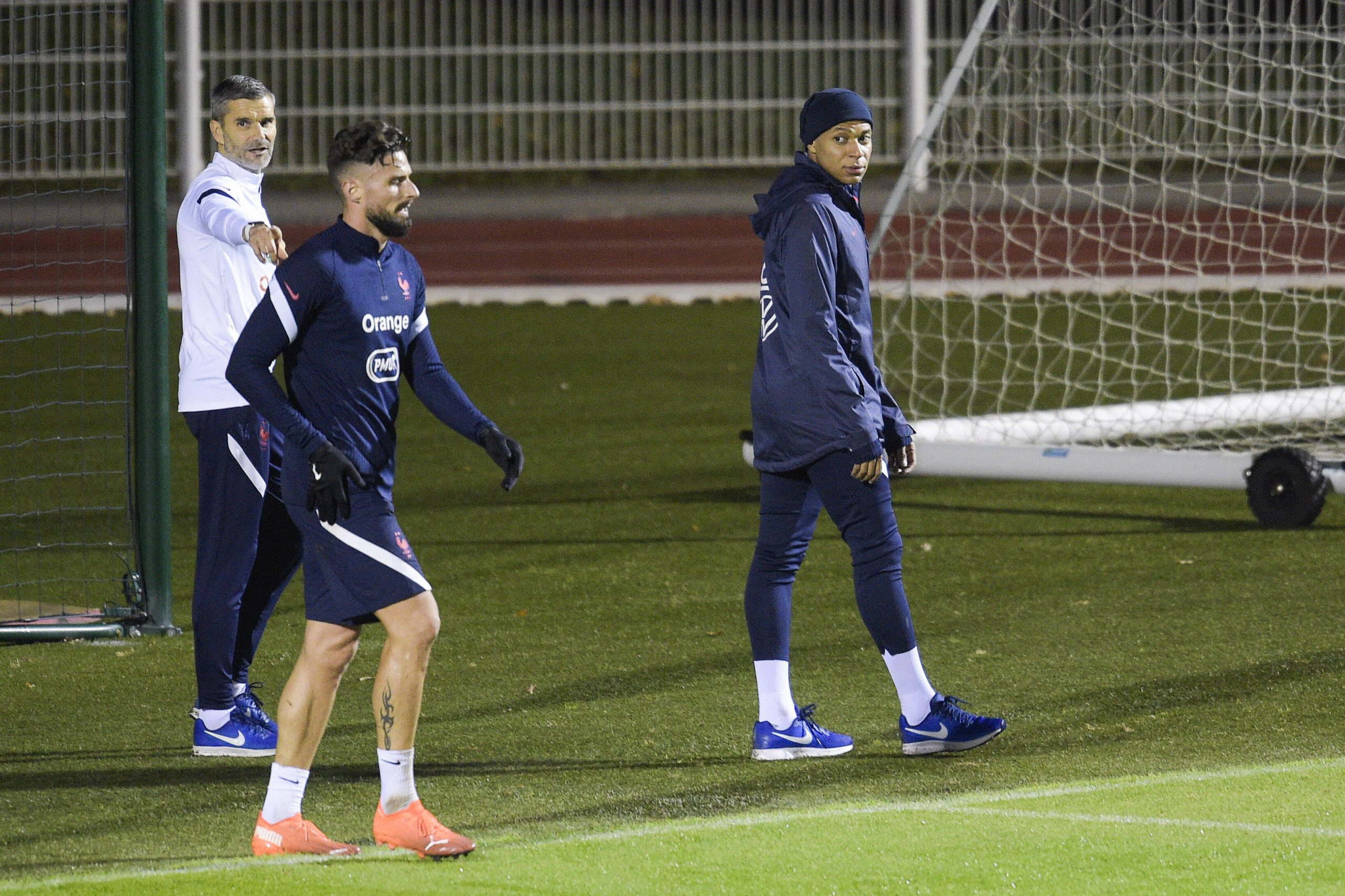 RMC Sport report that Kylian Mbappé continues to demonstrate his discontentment despite Olivier Giroud having sought to make up with the PSG attacker, after Mbappé was offended by a comment from the Chelsea man, who was frustrated by the number of balls he was receiving from certain players during Les Bleus’ 3-0 victory over Bulgaria.

Aware that Mbappé had wanted to give a press conference on Thursday to speak on the matter, a request that Didier Deschamps rejected, Giroud went to speak to Mbappé this afternoon to attempt to clear things up. Mbappé was not convinced. Giroud told him that his words ran away with him a little, that he did not only criticise the PSG man’s actions, because he was thinking about other moments, including with N’Golo Kanté and Benjamin Pavard.

Giroud also admitted to Mbappé that he had made a mistake in the interview and that he felt pressured by the interviewer. Mbappé remained in a moany mood in training at the end of Thursday afternoon. Usually very smiley, his body language was very closed. Deschamps, seeing that things had still not been resolved, spoke with both players individually during the session, and then to the whole squad, stating that it was important to now move on, even if an error was made in terms of Giroud publicising his feelings.

After these conversations, Giroud forced a hug upon Mbappé a hug at the end of the session, after providing him with two assists in a small-sided game at the end of training. However, the tension is still present.

Paul Pogba on PSG President Al-Khelaifi: “I don’t have his number.”