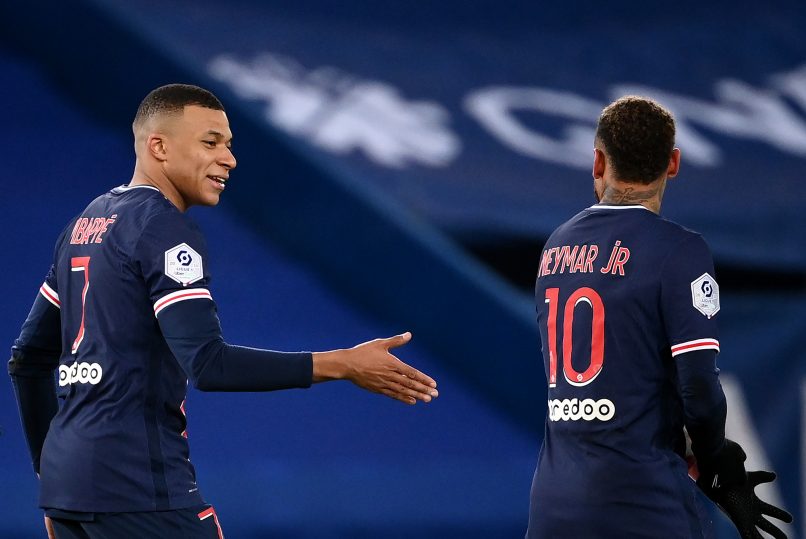 What makes Neymar so crazy?

He knows how to do it all. And he is better than everyone. When he arrived in Paris, he was at the top of his game. He is so much more than the shortcuts you sometimes hear about him. He is not just a player who will put on a show and roast others when there is a 5-0. He knows how to be as efficient and spectacular at 0-0. Before he got hurt, it was “serious” what he did. I don’t know if everyone is aware of this. “Ney”, he understands everything and immediately… With him, he has an instinct that catches you in the moment. It is also the mark of the very greatest.

Why did you two get on so well so quickly?

Because I have always believed that great players are made to play together. And then, it was clear between us. Our statures were made clear from the start: Neymar is at the centre of the project, and me, I am here to help him. Because, when I arrived, I was just a shooting star, I needed to confirm [my potential], In the hierarchy I am behind him, and even behind Cavani at the time.

Then you became a world champion – did that change things?

No, because there has always been a lot of respect and honesty between us. That is the basis of our relationship. “Ney” is really someone that I appreciate a lot. When he came back from the World Cup, I was above all sad for him… I tried to make him think about other things.

I believe so, notably because he knows that I do not speak to him with an air of teaching him things. I have nothing to teach him… At the start, I did not speak much about football with him, more the environment, the supporters, the opponents, the league. But it was difficult as I did not speak English or Spanish. Each time, we needed someone else to play interpreter. It became a lot easier a few months later once I learned English. And even Spanish now.

What type of guy is Ney?

He is a really good boy. Honestly. Very far from the caricatures of an arrogant kid who does not want to grow up. I will not forget how he helped me at the start… When you are 18 and you enter a dressing room like ours, it is never easy. In these big clubs, you success depends 60% on his football and 40% on how you acclimatise to a dressing room. If a top player helps you to find a place in such an environment, certainly, it helps. And that’s not something you forget. There are a lot of good guys in this squad, but it remains difficult.

At the start, why did you two constantly look for each, systematically, on the pitch?

It is true that it was maybe excessive. But there was nothing premeditated about it. We did not have a pre-season. We needed to gauge each other and get to know and recognise the qualities and preferences of the other, to create this bond and perfect this connection. And we did that in matches, but not too much in training.

We don’t want to exclude others. We also have to take care of that. If we start to work separately, to do everything together, the others might be like, “They’re only going to play together, there’s no point in running.” The truth is, you need all the players, not just the end of the chain that you see a little more often.

Do you speak a lot on the pitch?

Now a bit less because we know each other better. But we communicate when one of us has seen a weakness or flaw in the opponent, or to go back over an action that just didn’t go quite the way we would have liked.

On paper, your duo still has room to progress, notably in terms of efficiency, no?

We are between 70% and 80% of our potential. We have still “done,” things. But I know that we can do more. I understand certain frustrations with us, even though, when I look a bit back on things, something I generally avoiding doing, I say to myself: “That’s not bad, eh.”

How can the duo be perfected?

The truth, is that, over the last 3.5 years, because of our respective injuries, we did not play that often together with both of us at our best. We have also played in several systems, in 4-3-3, 4-4-2 and in a 3-5-2 by trying to create different things each time. Coach Tuchel always paid attention to our complicity, and wanted to maintain it. He was asking us to stay close.

Is it easy to play alongside someone known for their individual exploits?

When I have something to say to him about it, I always prefer to do it out of the way rather than in front of everyone. Otherwise, it quickly becomes a topic of conversation. But, with him, it is important not to be a spectator, not to suffer during the game. Otherwise, you are quickly overwhelmed. It takes extreme attention and concentration. With “Ney” you always have to be in the starting blocks, ready to go because things can go off at breakneck speed. Hence the need to be on the move as often as possible. And just because he’s looking at the player in front of him doesn’t mean he hasn’t seen you. He knows where you are but sometimes he has a bit of fun with his opponent before giving it to you. At the right time, he will prioritise efficiency and what the game demands. Except, maybe, when you start to win easily … Then, you know he’s going to want to produce a nice piece of skill. At 6-0, when you see him stopping the ball near the corner post, there’s no point in going there. He won’t give you the ball. (He bursts out laughing.)

Do you think that he has made you a better player?

Him, as did PSG, yes, no doubt. With “Ney” I have learned a new type of football. At Monaco, we were focused on pressing and counter-attacking. A bit like the French national team, with a direct style of play. at PSG, I have learned to play against 5-3-2s, against 5-4-1s, against 4-1-4-1s with deep blocks who leave you with the ball and wait in front of their goal. Neymar, he, he managers all of that. And thanks to him, I have been able to enrich my palette because he likes to rely on the other attackers a lot, play with one, two touches. He also asks you to vary your positioning and diversify your game. It is not difficult with him because it is always the sense of play that is the priority.

Honestly, is it easy to play alongside him?

No. It is good, it is beautiful, but it is not easy. Because he is very demanding and his style of play requires you to be well armed mentally, always alert. By buying a great player like him, you also buy a level of requirement that reflects on all the others.

If you had to borrow one thing from him, what would it be?

(He chuckles.) I’d love to have his quality of moving between the lines. He is very able, in a racing line and in a small space, to make it look like he is alone, when a second earlier he was not. He feels these space so well and his sense of play…