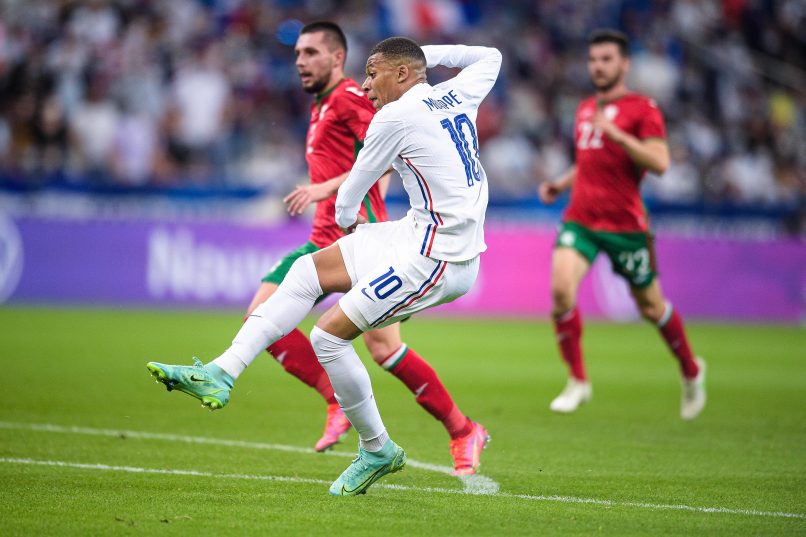 Speaking in an interview with France Football, Kylian Mbappé revealed that he has worked closely with Mauricio Pochettino to slow himself down at crucial moments when he is advancing towards goal.

“With Pochettino, we have done a lot of work on that. I had to improve my finishing, by adapting my style. When I arrive in front of a goalkeeper, I am travelling at 37km/h to 38.5km/h. It is not at all the same thing as a player who arrives in front of goal at 26km/h. I had to learn to decelerate a bit as I approach the goal to better control this pace. In training we have given myself a zone outside of which I must not shoot because, after that, the angles become too reduced and I find myself too close to the goalkeeper. It is starting to come off because I scored this season quite a few goals by shooting quickly, even before the goalkeeper or defender has had time to react.“

“I am not saying that I put the brakes on. Nobody asked me to. I have just learned to manage this pace to, for example, go as I approach the goal from 38km/h to 33km/h, which is typically the maximum pace for a defender. This reduction in speed must allow me to adjust myself as precisely as possible to “finish” the move and avoid anything slapdash. I am perhaps the player that creates the most chances in Europe. But I am not yet the player who scores the most. Pochettino told me that if I am able to finish these chances, I will finish my seasons with more than 60 goals. He tells me that I must heighten my standards and he is right.”