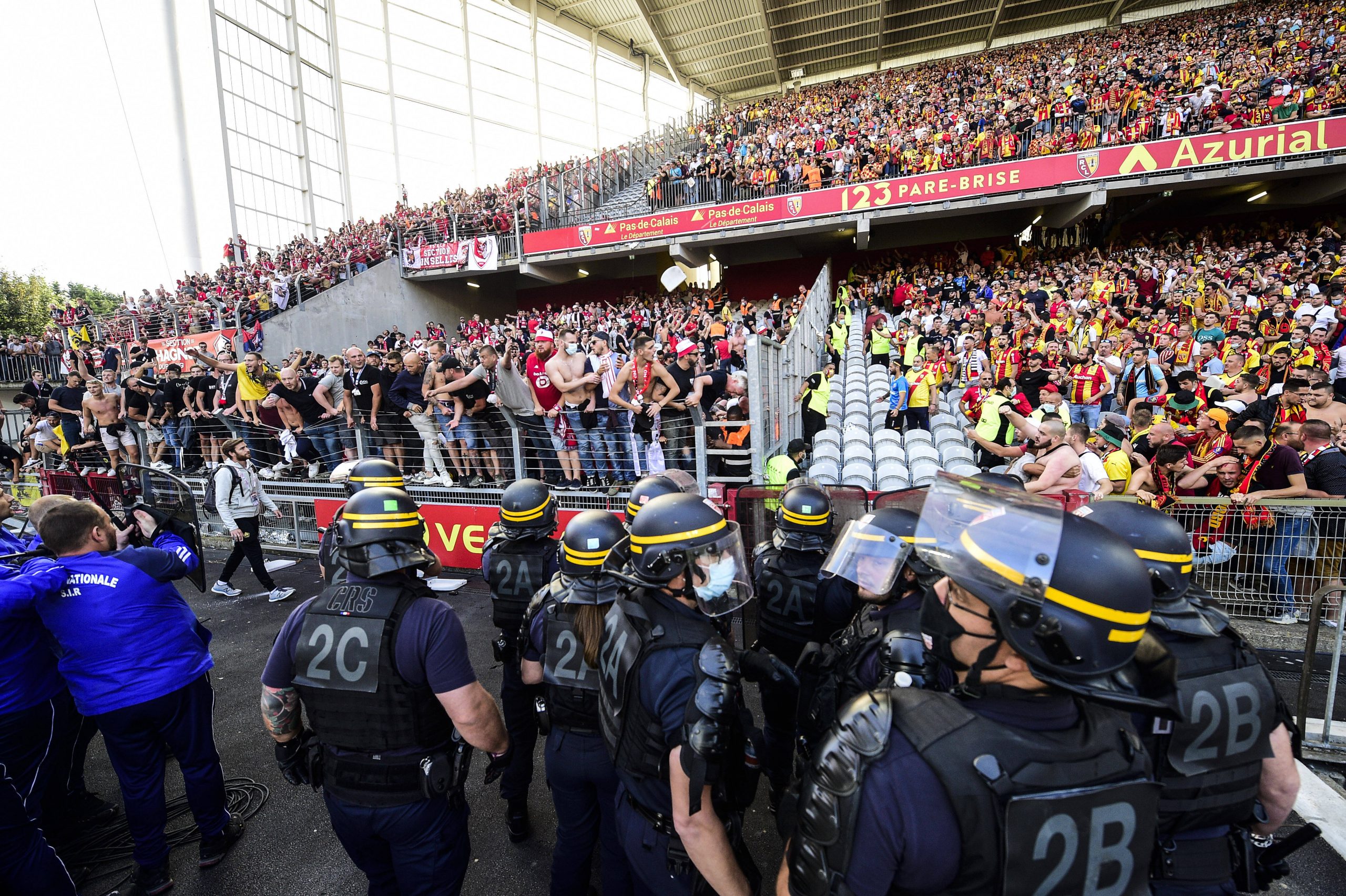 L’Équipe report today that Lens have taken the decision to ban the supporters who invaded the pitch during their derby win over Lille last week for a minimum of nine months.

The Ligue 1 authorities’ disciplinary commission is expected to give its final verdict on October 6, concerning the events which delayed the start of the second half by half an hour as the two rival fans confronted each other.

The club has also taken matters into its own hands, with director Arnaud Pouille has announcing that Lens will exercise their right to ban those who entered the pitch from attending games for 9-36 months. The law in question allows for bans of up to 36 months with an additional 18 as a suspended sentence. In practice, those who simply went onto the pitch will be barred for nine months, while those who took part in further incidents will see their ban doubled.

17 people have already been hit by the sanctions, with around 120 estimated to have taken part in the pitch invasion – the club is now carrying out its investigation to find the rest.

Pouille went on to express his surprise that Angers were only made to close one stand for the next game following the incidents in their match against Marseille, while Lens will be made to play their next two home fixtures completely behind closed doors.