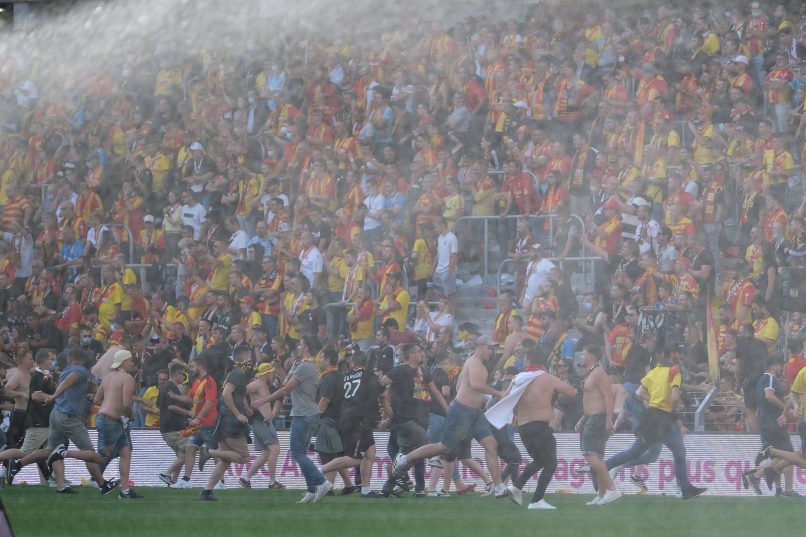 RC Lens will play their next two home games, against Strasbourg and Reims, behind closed doors after crowd trouble interrupted their Northern Derby meeting with Lille on Saturday afternoon.

The match was halted for half an hour after Lens ultras invaded the pitch to confront Lille fans who had entered into an altercation with another group of Lens supporters on the other side of the ground. Seats were thrown, six people sustained minor injuries and riot police had to intervene to prevent any further escalation and bring about some order.

This punishment is only preliminary, however, as the league will meet again on October 6th to decide upon a full and final punishment. Lille fans, meanwhile, will be barred from the away end against Strasbourg this weekend.

After Nice fans invaded the pitch during their team’s match with Marseille last month, amid a mass brawl, Nice were handed a points deduction while being forced to play three home games without fans and also replay the OM game at a neutral venue.