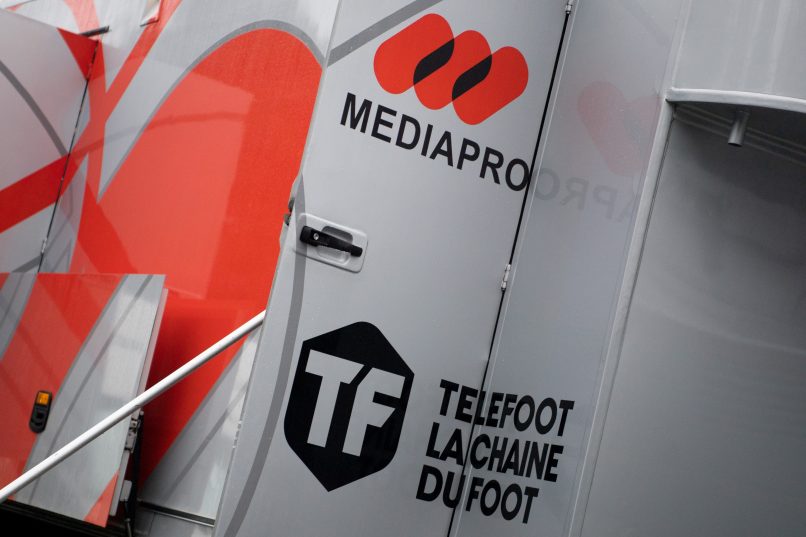 So Foot report that the LFP must achieve a new broadcast deal worth €622m a year or else Ligue 1 will go bust. This amount would represent a 46% decrease on the broadcasting deal negotiated with Mediapro and Canal + in 2018, which was worth €1.15bn a year. This 2018 deal has of course collapsed following the former firm’s refusal to meet its contractual obligations leading to the termination of that agreement in December.

Dijon President Olivier Delcourt explained to Eurosport: “If nothing is done, we cannot go again in summer. [We’ve] eaten up all our reserves and all the money we accumulated over seven years.”

Bankruptcy for Ligue 1 is close and a solution needs to rapidly be found. Dijon are not alone – a third of all Ligue 1 and Ligue 2 clubs are on the verge of bankruptcy, per French football’s financial watchdog the DNCG, as they have been victims of the health and economic crisis that has been raging for the last 10 months.

Last Tuesday, a meeting between club representatives and the French football players syndicate, the UNFP, occurred, during which the topic of the potential bankruptcy of French football was discussed. In this meeting, the stoppage of the 2020/21 Ligue 1 season was brought up as a topic, notably by a member of the PSG board, should a new broadcast deal not imminently arrive:

“We could not continue and would be forced to stop the season… If two or three teams shut up shop, the league will have to be stopped prematurely.”

That evening, there was more bad news for French football when Canal + CEO Maxime Saada announced that his company wanted to hand back the two matches per gameweek that they are currently paying €330m per year for, arguing that these were now overvalued following the collapse of the Mediapro deal and calling for a brand new broadcaster bidding round for all the rights.

On Thursday, the LFP’s board met following Saada’s announcement and decided, after two hours of discussions over Zoom, to open a new round of bidding but just for the Mediapro rights, with sources inside the organisation believing that Saada’s attempts to rid of Canal Plus’ contractual obligations to pay €330m a year for two games a week are unlawful. The LFP have been forced to make this decision because they have failed to sell all of Mediapro’s rights to Canal + at a price that they are willing to accept. LFP President Vincent Labrune is seeking to get at least €250m a year from the existing Mediapro rights – that is 8 Ligue 1 matches per gameweek, and all of the Ligue 2 matches, a sensational drop from the €790m that Mediapro initially committed to paying. This, plus the Canal + contract at €330m that the LFP intend to continue to maintain and enforce, as well as the €42m a year paid by Free for the digital rights, which would lead to a total of €622m a year.

This would be a 48% drop from the €1.153bn a year deal that Mediapro had promised. The drop will be painful and difficult, but at the very least this amount would prevent clubs from going bankrupt. Another turn occurred on Friday when BeIN Sports announced that they were doubling-down on the decision by Canal + to refuse to pay the €330m a year and broadcast those two matches a week. The reason that the Qatari broadcaster has a say on this matter despite not airing any Ligue 1 football this season is that they are the rights holders of these two matches, but Canal + is licensing those matches from the Qatari-owned network.

If BeIN follow Mediapro by simply refusing to pay their contract, then the LFP will have to find a way to combat this legally, or else the next broadcast deal risks being worth less than €500m.

The LFP have since announced that matches on the weekend of 7th February will continue to be broadcast on Téléfoot and Canal + – as it stands, neither broadcaster will be paying for those matches. Téléfoot have been airing Ligue 1 and Ligue 2 matches without paying for them since the beginning of December. A hallucinatory situation. In the meantime, other French broadcasters want in on this situation of being able to broadcast French football matches without paying for them, with all of M6, TF1 and France Télévisions writing to the LFP at the end of last week to broadcast matches in the same way, at zero cost to them other than production.

So what is going to happen? The lights will remain on in French football until at least the 7th February, but nobody will be paying the league to do so and clubs will not be earning any money for it.