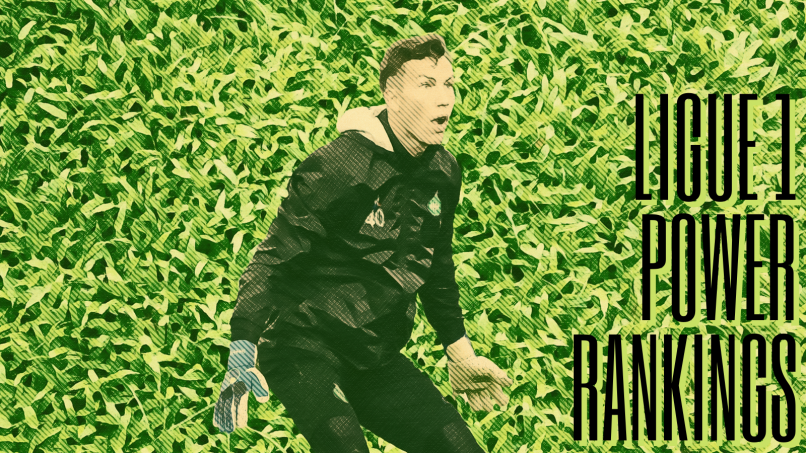 With the transfer window shut, form coalescing and first choice teams emerging, what exactly Ligue 1 clubs will be fighting for this season is slowly becoming clearer. After a hectic summer window and seven rounds of fixtures, starting with the relegation battlers, where do all 20 sides rank?

20th, Metz – Despite garnering much praise for maintaining a European challenge until the spring last season, Metz gathered just 47 points. Without captain John Boye (released), fulcrum Farid Boulaya (looking for a move) and a weakened squad overall with minimal reinforcements this summer, it won’t take much for last season’s performance to slip into relegation form. No wins from seven fairly kind fixtures so far and losses to possible rivals Troyes, Nantes and Strasbourg suggest relegation is looming. Goals and Pape Matar Sarr as an attacking midfielder are already major issues, repatriating Boulaya could be crucial.

19th, Reims – The fact that Reims are as competitive as they have been so far this season is something of a minor miracle. After the loss of the astute and pragmatic David Guion over the summer, Oscar Garcia, his replacement as coach, was expected to struggle having failed to find success across a string of postings in recent years. Although inspirational defender Yunis Abdelhamid and one of Ligue 1’s best goalkeepers in Predrag Rajković remain, Garcia’s squad resembles a Ligue 2 outfit after the losses of Boulaye Dia and Xavier Chavalerin. For now an eclectic group of young players and workmanlike regulars are holding their own but after just one win in seven they may struggle to keep their heads above water.

18th, Troyes – The Champagne club are the quintessential Ligue 1 yo-yo club, switching divisions six times since 2013, and it’ll be tough not to make it seven despite a sprawling first team squad and some interesting additions. Nîmes versatile forward Renaud Ripart will add bite and the odd goal, classy midfielder Xavier Chavalerin was an unexpected and potentially pivotal addition from local rivals Reims and Adli Rami’s arrival will add much needed Ligue 1 experience to a weak back line. Those arrivals will at least make promising young coach Laurent Batlles’ side competitive but hard results have been difficult to come by so far, only beating a hapless Metz. Monaco, Lyon and PSG were all given a fight but without any reward.

17th, Brest – Olivier Dall’Oglio’s attacking team made a thrilling start to last season but faded badly after Christmas before barely surviving the relegation battle. Although Michel Der Zakarian has effectively the same squad to work with and a knack for moulding effective Ligue 1 sides, this will be MDZ and Brest’s toughest challenge since the club returned to the top flight in 2019. Their rivals have improved and the Breton side have already lost ground. Without a win in their seven games, Nantes and Strasbourg have both beaten Der Zakarian’s side handily while a draw with Clermont disappointed after playing most of the second half a man up. Steve Mounié’s form, fitness and goals could be pivotal.

16th, Bordeaux – It’s been a disastrous year for Bordeaux. After investors King Street suddenly pulled out last season as they struggled against relegation, the 2009 Ligue 1 winners were lucky to survive the drop both on and off the field. An influx of late signings may be enough to keep them out of too much trouble but their side remains unimaginative and lacking ruthlessness. The potential addition of Rennes striker Mbaye Niang could be key as a source of goals but this is a long term project from Vladimir Petković.

15th, Saint-Etienne – Although Les Verts sit second bottom of the fledgling Ligue 1 table without a win so far, their performances have been marginally stronger than their position suggests having already met four of last year’s top seven. Although their defence remains one dimensional and, with Wahbi Khazri’s finishing deserting him, a real source of goals is a concern but draws with Lens and Lille as well as a battling ten man display in losing at Monaco underline they have the spirit and quality to steer clear of danger. A promising group of young players could make or break their year.

14th, Clermont – After a glorious opening to a first top flight campaign in winning their opening two games over Bordeaux and Troyes before fighting back to draw 3-3 at Lyon, tiny Clermont’s lack of depth in what is effectively the same squad the saw them rather fortunately promoted from Ligue 1 (third placed Toulouse were perhaps stronger overall) has been exposed. Pascal Gastien’s side have conceded ten goals in two away games, although those losses were to PSG and Rennes, it underlines that their positive style only really functions in Ligue 1 if Mohamed Bayo is scoring goals. After three in those two victories he’s now four without a goal. 14th place on this list may prove optimistic come May.