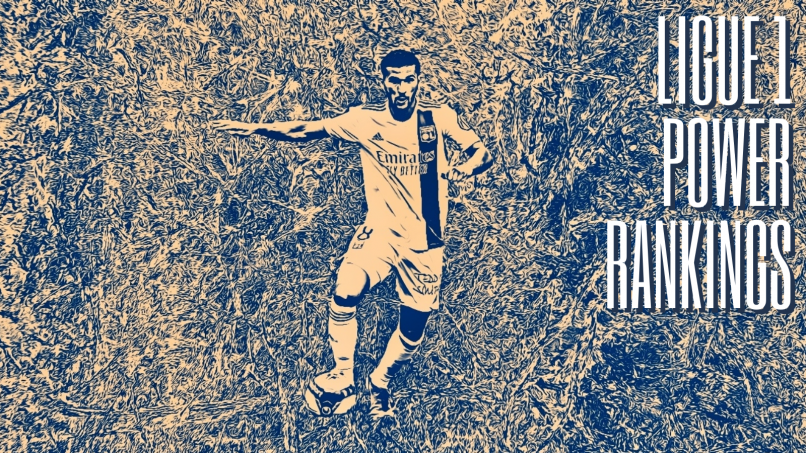 After a hectic summer window in Ligue 1 and seven rounds of fixtures so far, continuing with a third part on France’s podium chasers, where do all 20 sides rank?

6th, Rennes – Despite the financial difficulties facing the entirety of French football, Rennes managed to match PSG for transfer expenditure this summer. Although Paris’ business was complimented by a series of high profile free transfers, Rennes €70m outlay remains startling, spending eight figures on five separate occasions. Although Eduardo Camavinga left for Real Madrid, Bruno Génésio now boasts considerable fire power, as their 6-0 thrashing of Clermont showed. However, as when he was Lyon coach, Génésio has struggled to find a formula to break down stubborn defences, the Clermont win was only Rennes’ second in Ligue 1 this term while defeats to Angers and especially Reims at home were concerning. It may take a while to mould an effective unit but Rennes could become a real handful for every side in the division. The pressure is already on Génésio to find a way.

5th, Monaco – The lack of European football was always a caveat to Monaco’s success last season as Niko Kovač, incredibly, kept his side in the title race until the final day. However, with an almost identical team already struggling to balance continental and domestic commitments – failing to make the Champions League groups stages and only mustering a pair of league wins – that asterix is growing by the week. Nevertheless, only PSG have a more talented squad and Kovač’s side have already begun to recover in recent games against Nice and ASSE. Dreams of a title challenge have already evaporated but a repeat of their late season charge could be in the offing, it may come too late for a podium spot however.

4th, Lyon – Although gaps continue to appear in a Lyon defence too easily thrown out of balance under Peter Bosz while their almost comical tendency, regardless of coach or squad, to square up to Ligue 1’s heavyweights but cower against the minnows remains, OL are slowly gathering momentum. Although his shin injury will be a worry, with Moussa Dembélé back to lead the attack, Bosz’s side carry a reliable goal threat not to mention significant creative depth in Lucas Paquetá, Houssem Aouar, Xherdan Shaqiri and Bruno Guimarães. Nice and Marseille may be too consistent for Lyon to keep pace in Ligue 1 but they’ll be a genuine threat in the latter stages of the Europa League as their superb display against PSG showed.

3rd, Marseille – In typically madcap style, Jorge Sampaoli’s impossibly gung-ho Marseille are still a little rough around the edges but they’re also undefeated so far and starting to show signs of consistency and ruthlessness. The Argentine coach deserves significant credit for Dimitri Payet’s return to form, as well as Mattéo Guendouzi’s typically all-action but increasingly measured domination of Ligue 1 midfields. Better sides may pick them off and the Europa League (possible deep run aside) may be an annoyance but OM are finally on an upward trajectory.

2nd, Nice – Christophe Galtier is still new in the job and continues to mould a much overhauled squad but the quality options at his disposal after a quietly excellent summer window, along with no European football to worry about, make Nice PSG’s closest challengers. Dropped points against Lorient and Reims were concerning but with Kasper Dolberg back on form, the combative Andy Delort (25 goal contributions in 30 games for Montpellier last term) arriving and the silky Amine Gouiri blossoming nicely, Galtier has the fire power, not to mention the depth, to keep Paris honest at least. Champions League football should be a minimum aim.

1st, PSG – Although Paris have been fortunate to some extent in all but a couple of their opening seven games, their perfect record so far is more than ominous. Although Pochettino is still distilling the right formula with Paris defences worryingly static at times, which doesn’t bode well for Europe, ‘power’ they certainly have in Lionel Messi, Neymar and Kylian Mbappé as part of perhaps the world’s best squad. The title may already be theirs.