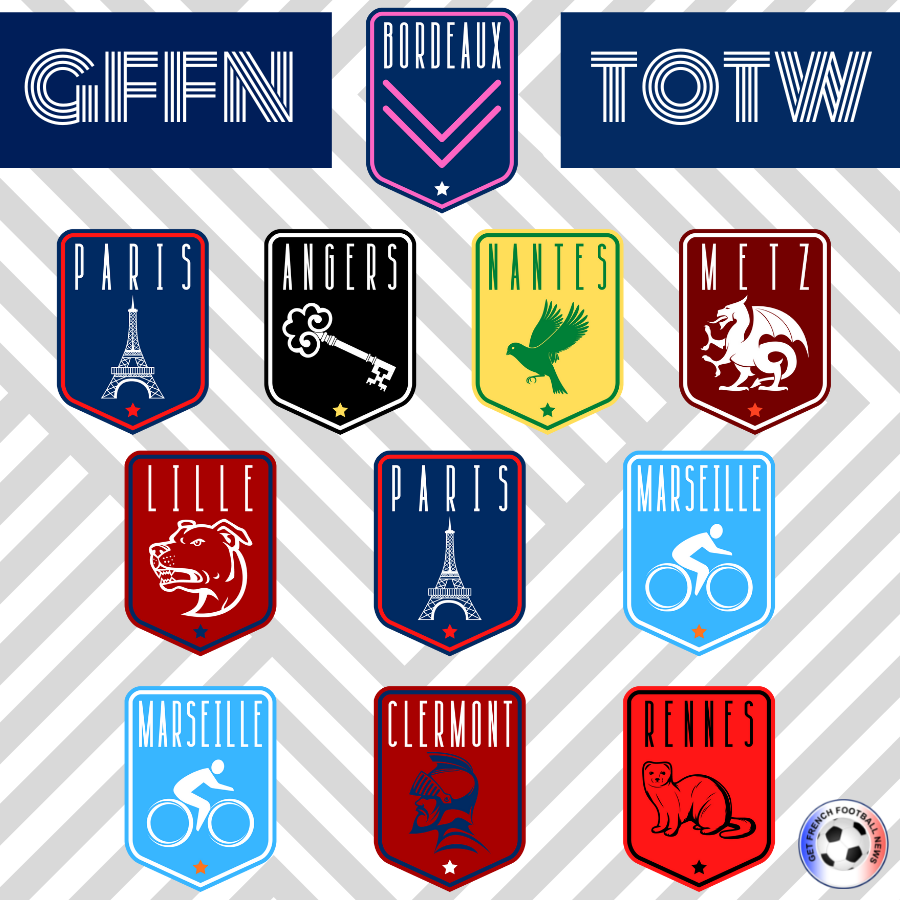 GK, Benoît Costil (Bordeaux) – PSG’s Keylor Navas was central to his side’s comeback at Troyes but Costil made four excellent stops, including one superb reflex save with his elbow from a defected shot, to avoid a rout by visiting Clermont.

FB, Fabien Centonze (Metz) – Always quietly impressive in Ligue 1 for Metz and posted arguably his best display yet with a dynamic performance on the right flank pushing forward to great effect, scoring twice, and remaining solid defensively. At just 25, it’s a surprise bigger clubs haven’t taken more of an interest.

CB, Ismaël Traoré (Angers) – The Angers captain has looked to be aging for a couple of seasons now but he continually fights back and puts in performances like this to help Le SCO to a surprise 2-0 win at Strasbourg, scoring the first himself.

CB, Nicolas Pallois (Nantes) – Pallois posted a typically rugged and bullish display as Nantes held off the much-fancied Monaco in the season’s opening game to escape the principality with a point (1-1).

FB, Achraf Hakimi (PSG) – As expected, Hakimi marauded up and down his flank as PSG overcame a scare in falling behind at promoted Troyes on Saturday. The Moroccan’s bulldozing burst and empathetic finish equalised for PSG.

CM, Ander Herrera (PSG) – A little underrated at PSG overall and rarely in the spotlight but is the perfect understudy for games like this, driving play from midfield and helping a sluggish PSG avoid an embarrassing start at the Ligue 2 champions.

CM, Renato Sanches (Lille) – Although Metz were down to 10 men as Lille came from 3-1 down to draw at Metz, Sanches was a real driving force behind Les Dogues revival and grew into the game having started on the flank before moving inside. A promising display given how his form trailed off last season.

AM, Dimitri Payet (Marseille) – A classic Payet performance as Marseille beat Montpellier 3-2. The 34-year-old was lucky to see his free kick skip through the wall for 2-2 but his chest-out, almost arrogant run and side foot finish to win the game was superb, as were some lovely touches around the area besides.

WF, Cengiz Ünder (Marseille) – Played with skill and intensity as OM came from behind to beat Montpellier 3-2 on Sunday night. Not everything came off for him but had his full-back reeling for long spells and nipped in to tap home Marseille’s first.

WF, Kamaldeen Sulemana (Rennes) – The new signing posted a thrilling first half display in Rennes’ 1-1 draw with Lens that included a sumptuous curling effort to open the scoring. The Ghanaian faded a little after half time and was subbed but the prospect of him working in tandem with Jérémy Doku on the opposite flank is mouthwatering.

ST, Mohamed Bayo (Clermont) – Showed some intelligent movement and was a constant threat in promoted Clermont’s 2-0 win at Bordeaux and might have had more than the one but it was a crucial one – an 82th minute deadlock breaker.