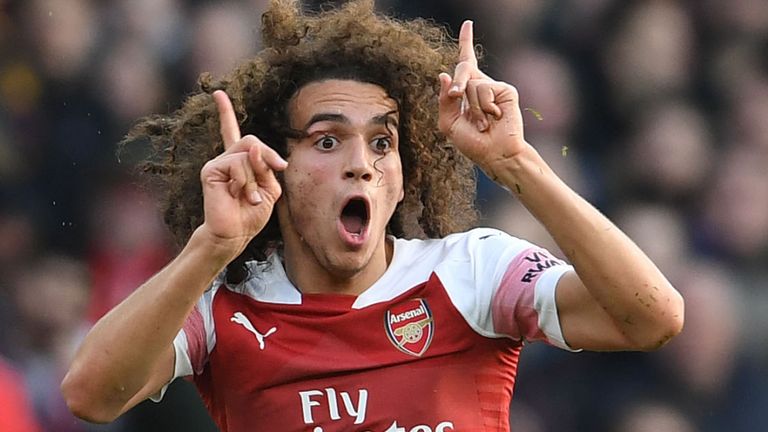 GK, Pau López, (Marseille) – His passing remained intermittent but made a leaping first half save from Diarra as one of a handful of smart stops, a superb early second half double save was a key moment in Marseille’s win against Lorient.

FB, Giulian Biancone (Troyes) – Provided a precise low cross for the only goal as Troyes beat Nice while being a constant threat and willing runner from wing-back. Unlucky not to score too and bullish at the back.

CB, Boubacar Kamara (Marseille) – Although traditionally a centre-back, we’re bending the rules of TOTW slightly but putting him in defence after playing at the base of midfield. Nevertheless, he was everywhere in the first half for OM during the 4-1 win over Lorient and it was his deflected effort that drew OM level while his passing was precise and progressive throughout. Quietly superb.

FB, Hamari Traoré (Rennes) – He can be a little erratic at times but has had his moments this season and provided a brace of assists to help Rennes beat Metz 3-0.

DM, Xavier Chavalerin (Troyes) – The low-key coup of the transfer window in France, Chavalerin ran the midfield for Troyes as they beat Champions League chasing Nice and was key to move progression and stretching the Nice defence with his passing.

CM, Matteo Guendouzi (Marseille) – Superb in Marseille’s 4-1 beating of Lorient. Clearly benefited from the freer role afforded him by Kamara’s return and barrelled forward with typical power and verve to great effect. His cross resulted in the equaliser, it was his stunning looping near post header that put OM ahead before a bulldozing run in injury time brilliantly made it 4-1.

AM, Téji Savanier (Montpellier) – Savanier’s remarkable form persists, a run from his corner flag to Lens’ box was the latest highlight in a 1-0 Montpellier win. Taking the captaincy of his home club to heart after Gaëtan Laborde and Andy Delort departed, Savanier’s form has meant MHSC are €25m better off off the pitch but just as competitive on it.

WF, Dimitri Payet (Marseille) – Basically unplayable in posting a riotous display as Marseille tore Lorient apart, full of flicks, roulettes and glorious but effective showboating. A clever leave allowed Kamara to make it 1-1, his guided missile of a corner assisted Guendouzi’s header for 2-1, his run and perfectly weighted pass allowed Milik to slot a third and his eagerness to press in injury time kept possession and led to Guendouzi’s fourth. Is Payet in the best form of his career?

WF, Kamaldeen Sulemana (Rennes) – It’s close for this position with fellow Rennes forwards Gaëtan Laborde and Martin Terrier, but the in-from Sulemana’s typically unpredictable and illusive display, which was capped but a superb second goal as Rennes beat Metz 3-0, edges it.

ST, Kylian Mbappé (PSG) – Offered little outright goal threat for the first hour as PSG beat Angers but his change of pace and feet around the area were superb and it was his delicate cross that found Danilo for the equaliser before he won the game late on from the penalty spot.