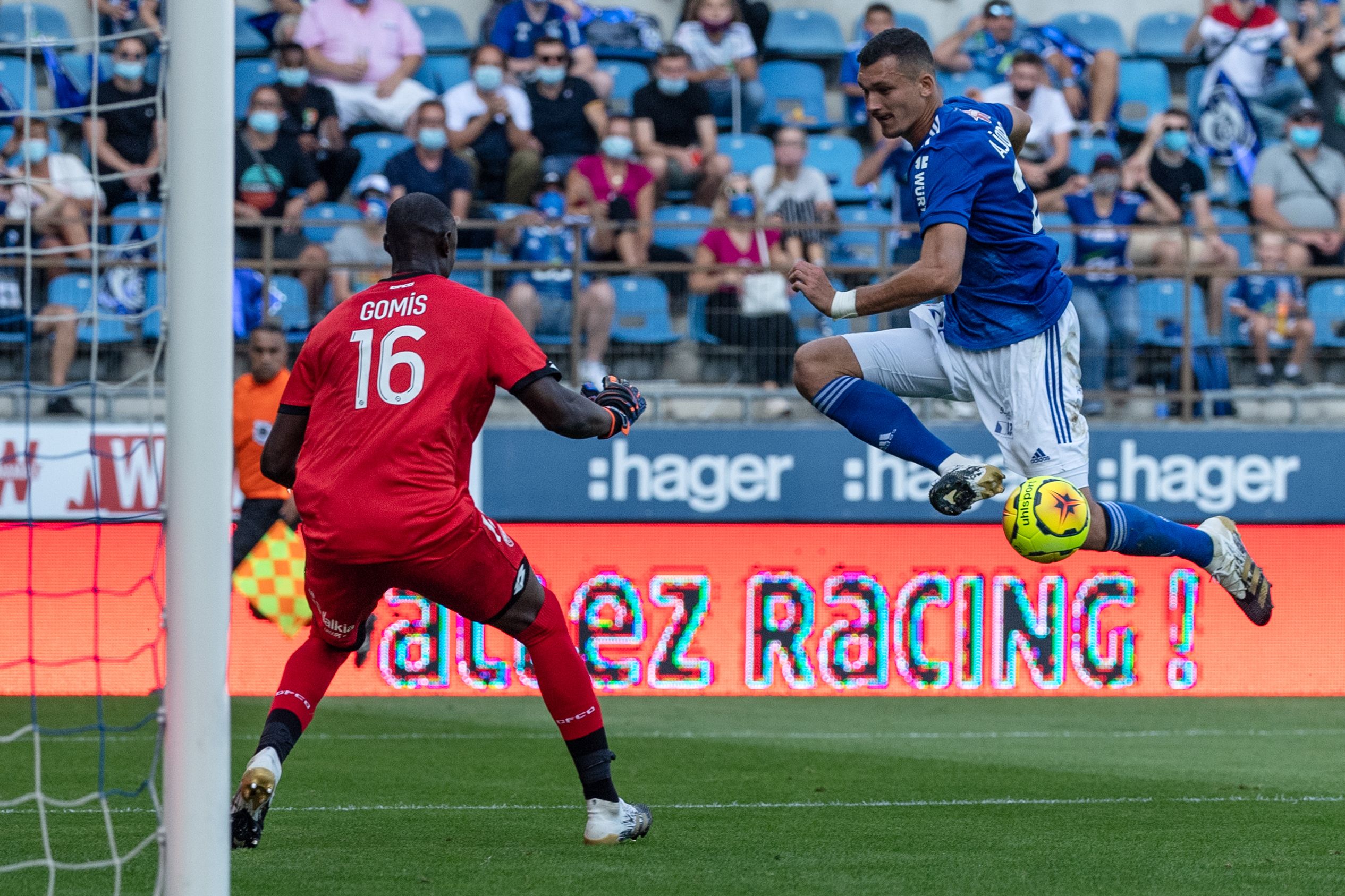 GK, Walter Benítez (Nice) – Made a string of smart saves in Nice’s 0-0 draw in Paris, a double stop from an Mbappé shot before kicking away from Gueye and halting Di Maria one-on-one were the highlights.

FB, Frédéric Guilbert (Strasbourg) – Typically persistent on his flank in the thrashing of Bordeaux and assisted the opener and had the beating of Mensah throughout.

CB, Wout Faes (Reims) – The 23-year-old is an underrated defender in Ligue 1 who has been quietly developing under the radar at Reims and it was he who led the way in the win at Lyon. His glancing headed finish and stoic defensive display were key in to the shock victory.

CB, Dante (Nice) – The pick of Nice’s defenders at Nice drew in Paris, showing all his experience in marshalling a stoic and combative low block for much of the game.

LB, Dimitri Liénard (Strasbourg) – His stinging, precise crossing was always a menace in Strasbourg’s 5-2 win over Bordeaux and one such centre assisted Ajorque for 3-1 before he ghosted in unmarked for the fourth.

DM, Benjamin André (Lille) – A hungry, persistent, feisty display. Although defeated hosts Rennes missed Majer and Tait, he, Xeka and Sanches provided an imposing midfield trio which refused to allow the hosts to create from central areas. His understated excellence on the ball was again a key facet of his team’s performance in the 2-1 win.

CM, Renato Sanches (Lille) – Again he might have faded a touch after the break in the win at Rennes and he was withdrawn with 20 minutes to play but the damage was done by that point. His mobility, tenacity and clever use of the ball were key to Lille’s smash and grab first period display. It was his sweeping long ball that started the swift move for the first goal and he brilliantly cut in from the left to smash in a second.

AM, Téji Savanier (Montpellier) – Despite being one of Europe’s best all-round players, Savanier’s name may not come up when discussing the world’s elite midfielders, but it should. It was his spectacular free-kick and general brilliance that fired Montpellier to 3-1 win at Metz.

WF, Adrien Thomasson (Strasbourg) – The focal point for a devastating attacking display against Bordeaux. He headed the leveller and was involved in the fourth before his clipped precise cross invited Ajorque to head the fifth. Bordeaux struggled to pick him up all as he drifted between lines.

WF, Benjamin Bourigeaud (Rennes) – His deliveries were typically often threatening despite eventually losing to Lille and, repeatedly taking up good positions around the box, his use of possession drove much of Rennes’ better attacking play. He also arrived late to side foot home to make it 1-2.

ST, Ludovic Ajorque (Strasbourg) – Always a threat. It was he who produced a difficult finish as he dived in for the third and it was his precise standing, looped header that rounded things off for 5-2.