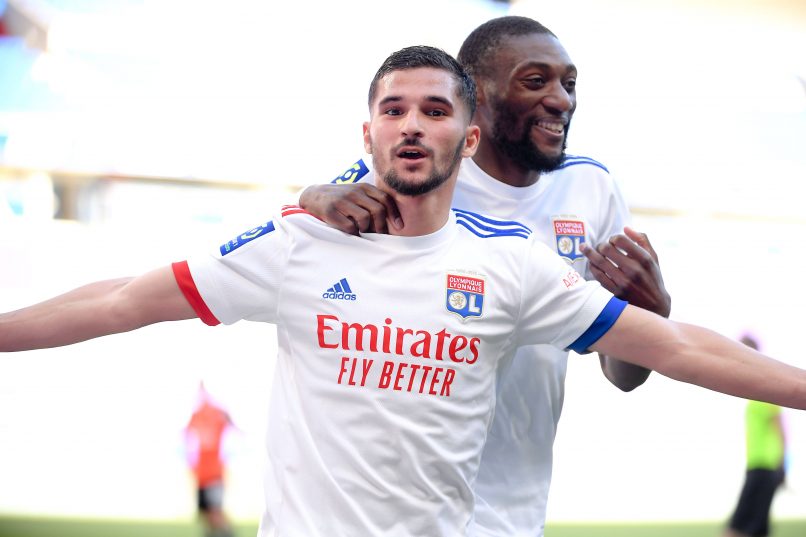 GK, Etienne Green (Saint-Étienne) – Not too much he could do about Lyon’s goal and kept his side in the game during the first half, making three superb flying saves from Aouar and one key block of cross that would otherwise have meant a tap-in for Paquetá. Crucial to Les Verts taking a point in the derby.

RB, Hamari Traoré (Rennes) – No worries with Neymar in Rennes shock 2-0 win over PSG and defended unusually astutely on the whole while posting a typically athletic display.

CB, Jean-Clair Todibo (Nice) – Todibo has noticeably matured at Nice and again contributed a solid defensive display complemented by stealing in for the opener at Nice beat Brest on Friday after Bizot’s error.

CB, Nayef Aguerd (Rennes) – Marshalled Rennes’ defence expertly throughout Rennes’ defeat of Paris and notably did well to apply pressure to put Mbappé off when the Frenchman was presented with PSG’s best second half chance.

LB, Melvin Bard (Nice) – A real talent, Lyon’s decision to sell looks more absurd by the week. It was his arrowed cross that fooled Bizot for Todibo’s opener in Nice’s comfortable win against Brest before he poached the second with a late run at the back post.

DM, Benjamin André (Lille) – Classic understated excellence from the Lille midfielder as LOSC beat Marseille 2-0. Routinely swept up in front of his back four, used possession astutely and initiated the attack which led to David’s strike for 1-0.

CM, Aurélien Tchouaméni (Monaco) – Effortlessly dominated midfield once again for Monaco as they brushed aside Bordeaux 3-0, swept home the opener before smashing a second half shot off the bar.

AM, Houssem Aouar, (Lyon) – As against Brondby in the week, Aouar again found pockets of space to create and pepper Green’s goal with shots in the derby draw with ASSE. Green made three superb saves before Aouar finally won the battle with a beautifully shaped first half finish.

FW, Gaëtan Laborde, (Rennes) – Enjoyed very little service overall but maximised his chances, nipping in at the back post to volley the opener and it was his clever cutback that set up Tait’s second as Rennes won against Paris.

FW, Kamaldeen Sulemana (Rennes) – Sulemana has had an erratic start in Ligue 1 but his one-on-one skills, direct dribbling style and technical ability make the Ghanaian a thrilling prospect and that talent unbalanced PSG throughout. It was his cross that assisted the opener while his crossing, pace and fearless style were a constant worry for Paris.

FW, Andy Delort (Nice) – Ran the show at times as Nice strolled past Brest. His interplay with Gouiri was again difficult to stop and he routinely found space in and around the area to shoot or create. A pair of chested through balls for Stengs were highlights.