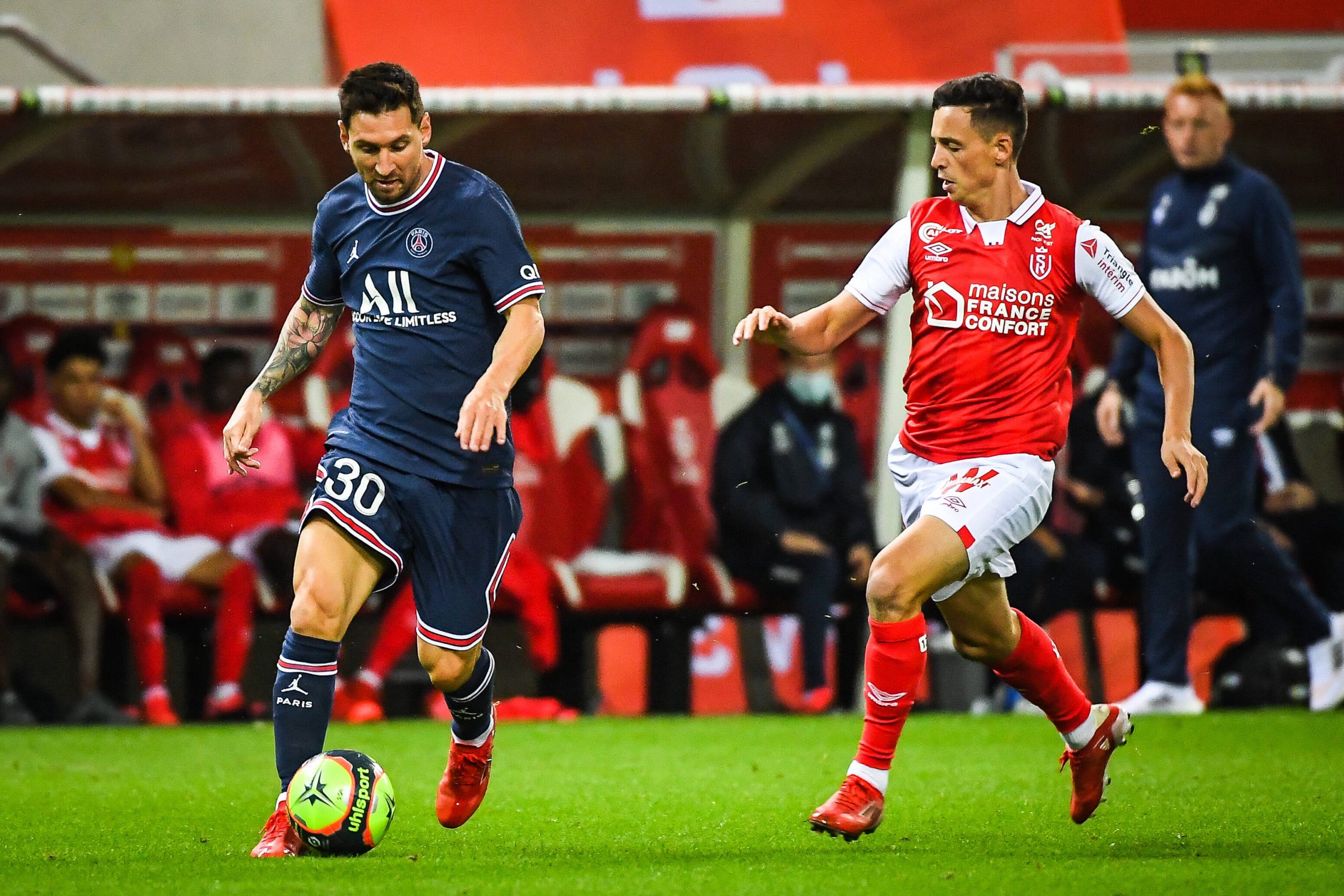 It wasn’t just fans of PSG and Barcelona that tuned in to watch Lionel Messi make his Paris Saint-Germain debut, it felt like the whole of Europe had its eyes on PSG’s trip to Reims. The Argentine missed PSG’s opening trio of Ligue 1 fixtures, but was deemed fit enough for selection against Reims – unlike fellow summer signing Sergio Ramos who remains sidelined with a persistent calf problem.

The 34-year-old Argentine’s last involvement in a match was the Copa America final victory over Brazil, some 50 days prior to PSG’s clash with Reims. PSG boss Mauricio Pochettino has understandably handled Messi with kid gloves in recent weeks, and Messi’s 65th-minute introduction at Reims had the PSG fans wild with delight. Their team were already two goals to the good following a fine brace from Kylian Mbappe and although Messi wasn’t able to light up the contest with a debut goal, there were millions of interested viewers in France let alone outside the nation.

Millions of viewers tune in across the globe

In France, more than 10.5 million people tuned in, comfortably smashing the record for the most watched Ligue 1 game in the competition’s history. Lionel Messi’s prominent friend Ibai Llanos, a popular YouTuber, also live streamed Messi’s debut to his viewership which reached an average of 343,000 live viewers and over 2 million unique viewers throughout Spain.

Amazon Prime help Ligue 1 out of a commercial black hole

The arrival of Lionel Messi could be the financial saviour of France’s top league. Ligue 1 was on the brink of crisis after its protracted broadcast rights deal with Mediapro collapsed. Mediapro had already secured over 600,000 subscriptions for their service at the time of the collapse. Ligue 1 has by no means the same commercial pull as Europe’s biggest league such as the English Premier League (EPL). Even the EPL has found the financial going tough of late, with EPL clubs suffering £700m in losses during 2020.

It was therefore a huge relief for Ligue 1 officials when Amazon Prime leapt in to pay €275m to secure the broadcast rights instead. France-based Prime customers are required to pay €13 per month on top of a flat rate €6 fee to be an Amazon Prime member. Amazon Prime’s three-year arrangement requires them to secure 1.2 million subscribers in order to break even on the deal, according to Ampere. Francois Godard, analyst at Enders Analysis, described Amazon as being “agile” in securing the rights to Ligue 1 “on the cheap”. However, Godard believes Amazon has some way to go to “leverage” this newfound client base to “increase its e-commerce business footprint”.

Amazon Prime also has the broadcast rights to the French second tier, Ligue 2, although it has sublicensed its broadcasts to French terrestrial network La Chaîne L’Équipe during the opening ten rounds of the 2021/22 season.

Aside from helping Ligue 1 to smash its viewing figures, Lionel Messi is still breaking personal records on the pitch too. In his most recent international appearance for Argentina, he struck a stunning hat-trick in a 3-0 2022 World Cup qualifier win over Bolivia. In doing so, Messi overtook Brazilian legend Pele as the highest scoring South American player in international history, reaching 79 goals in 153 appearances compared with Pele’s 77 goals in 92 matches.

He drew level with Pele with a neat finish from the edge of the penalty box, before breaking the record with a neat solo goal. He completed his hat-trick two minutes from time, being in the right place at the right time to tap home a rebound. Messi took to social media after the match to describe his achievement as a “beautiful night”, insisting that it was an “unforgettable” moment in a career where can do no wrong.