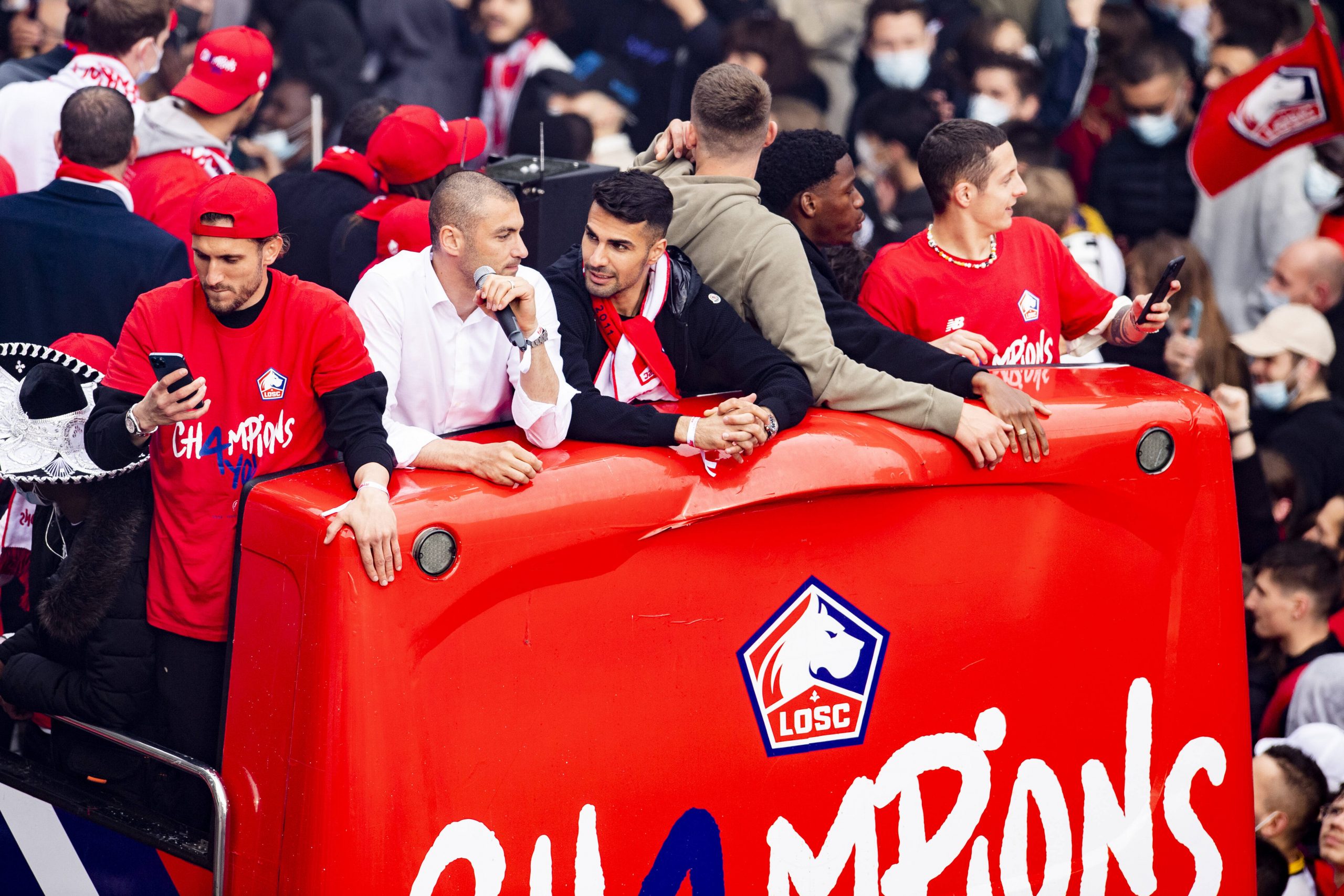 When they take on Paris Saint-Germain in the Trophée des Champions, it will be the first chance to see if Lille OSC have got the chops to defend their French Ligue 1 title crown. Scheduled to take place at the Bloomfield Stadium in Tel Aviv, Israel, the LFP are following which started in 2009, with the trophy game being held in different countries each year, with the only exception being last season when the match was played in France.

Lille stunned the French football fraternity last season to clinch the Ligue 1 title, just one point above Paris Saint-Germain at the top of the table. This triumph was more than deserved, underlining the phenomenal work done by head coach Christophe Galtier, who saved the club from relegation after his arrival in December 2017.

Since then, Lille have finished second in 2018-19, fourth in 2019-20, before finally clinching the French league crown last season. Nevertheless, they will inevitably face an almighty challenge doing so, following the departure of Galtier. Just two days after winning the title and being named as Ligue 1 Manager of the Year, he resigned and has since taken the head coach job OGC Nice.

It will probably come as no surprise that due to their dominance, once again, we head into a new French football campaign with Paris Saint-Germain as firm outright favourites for the league title. PSG has claimed 7 of the last 10 Ligue 1 championships, and when they didn’t win the title, they finished 2nd in the table. Essentially, any team with ambitions of winning the title must finish above PSG, which hasn’t happened all that often.

Before choosing where to place your bets on which team will win Ligue 1, take a moment to check which online bookmakers are providing the best overall value. As one of the leading comparison sites, SBO recommend only the best betting companies based on profoundly detailed research. This includes which companies offer the best free bet options and bonuses, along with ranking the top betting sites in different countries.

As things currently stand for UK bettors, PSG are outright favourites at 1/6 odds with Sky Bet, Betfair and Unibet, while bet365, Betvictor and William Hill have handed them 1/5 odds. As for the reigning Ligue 1 champions Lille, they are valued at 16/1 odds by Paddypower, with many bookies believing they will struggle to win a second consecutive championship. Amongst many of the leading sports betting sites, Lyon are tipped at 10/1 and Monaco at 14/1 to challenge.

While the departure of title-winning coach Galtier came as a hammer blow, Lille appear to have been picking up the pieces quite well. They turned to 49-year-old Jocelyn Gourvennec, who was appointed on 5th July, armed with the task of keeping the championship squad intact. That was always going to be the biggest immediate challenge facing the club.

Leicester City already snapped up Boubakary Soumaré for €20 million, while Mike Maignan brought in a fee of €13 million when he left for AC Milan. Otherwise, the hierarchy at Lille has managed to resist offers for other key players in the squad, which will certainly be good news for Gourvennec as he plans for the new season. He will also want to make a couple of his own additions, before the opening matches of the Ligue 1 season.

Lille hasn’t made any big moves ahead of the 2021-22 campaign, although the club isn’t afraid of spending heavily when the right opportunities arise. According to the numbers published by Transfermarkt, they splashed out €27 million to sign Jonathan David from KAA Gent last season, who certainly demonstrated his worth during the team’s run to the French title.

The minimum objective Lille will be aiming for is to finish inside the top three, which would once again guarantee Champions League football. That would continue to bring a welcome influx of cash into the coffers, although Les Dogues will also be hoping to retain the Ligue 1 title. Although the odds are stacked against them, don’t be too surprised to see them there or thereabouts again, when the heat is on at the end of the campaign.