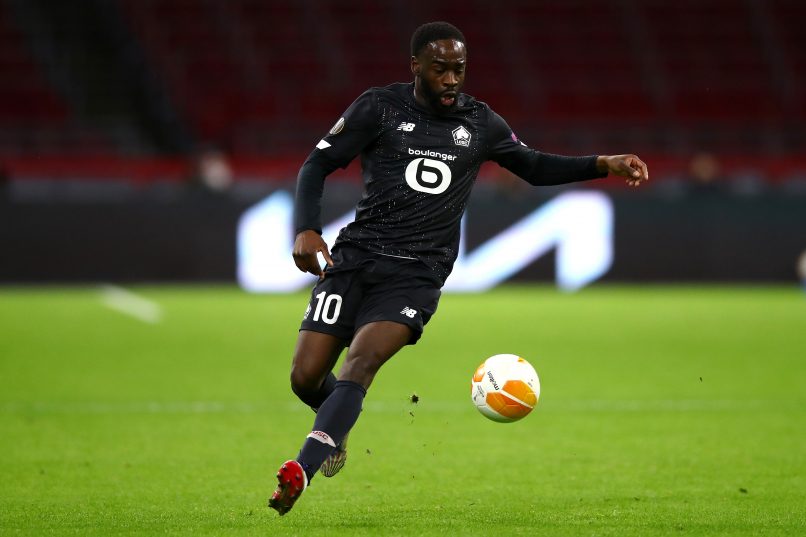 Speaking on RMC Sport this evening, Lille president Olivier Létang has confirmed that discussions were underway with Serie A club Fiorentina over a transfer for Jonathan Ikoné.

The LOSC president nevertheless indicated that the 23-year-old’s move to Italy was not sealed yet, before adding that there would not be a January clearance, with the squad looking to remain competitive.

Les Dogues’ 3-1 win over Wolfsburg this week meant they finished top of their Champions League group, qualifying for the knockout stage in an impressive turnaround after failing to win their first two games.