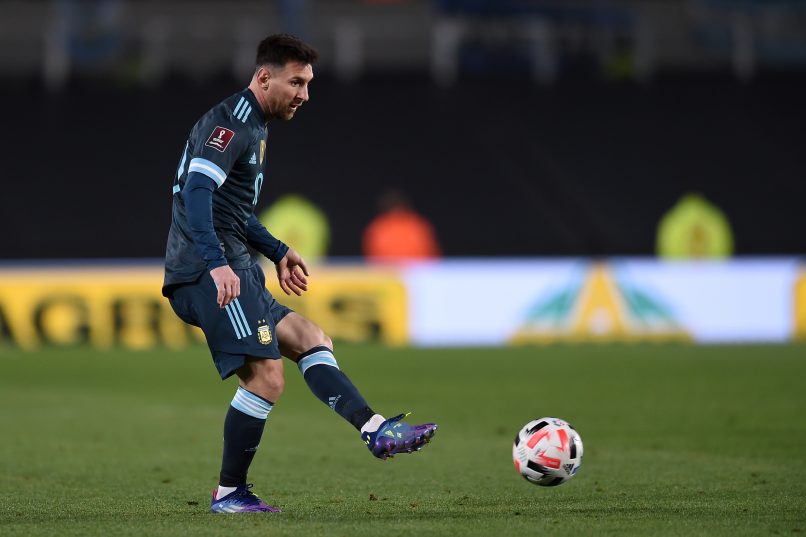 RMC Sport report this morning that Lionel Messi has trained with Argentina and is expected to play against Uruguay, despite being in the process of recovering from a knee and hamstring issue.

The Paris Saint-Germain man had been sidelined for the club’s last two games, having been taken off at half-time in the match against Lille, and was undergoing treatment.

The forward has been carrying a knee knock since a harsh challenge he suffered two months ago, in a match against Venezuela.

According to Tyc Sports, the Argentina medical staff have given Messi the go-ahead to play for the entirety of the game against Brazil on November 17, while he could either start or be on the bench against Uruguay on Saturday.

Paris Saint-Germain are frustrated at Messi being rushed back, as well as Leandro Paredes presence in the team, the midfielder having only just started running exercises again after being sidelined for a month with a thigh injury. Both Paredes and Messi trained separately from the rest of the squad.

Director of Sport Leonardo had lamented the fact that the two injured players were called up, speaking to Le Parisien:

“We do not agree with letting a player leave for international duty who, for us, is not in physical condition or is at the recovery stage. It’s not logical, and these kinds of situations merit that we establish a rule with FIFA.”