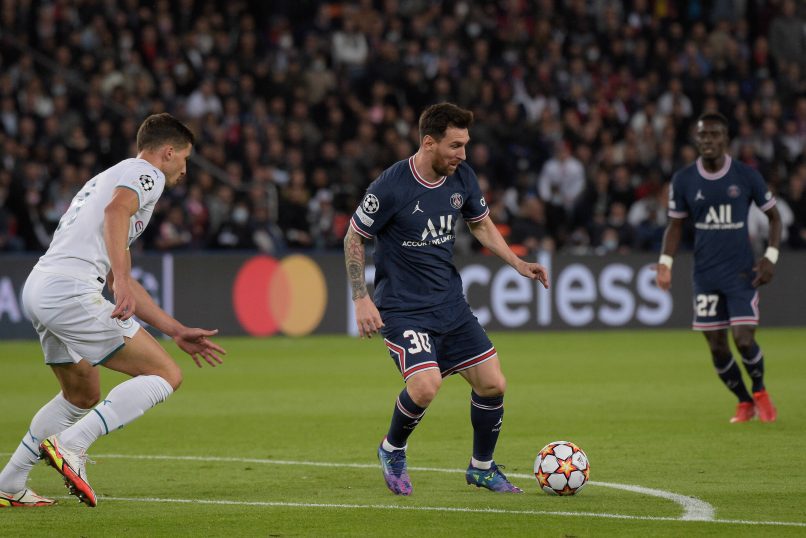 Speaking to Canal + in the aftermath of the 2-0 win over Manchester City tonight, Lionel Messi reacted to the match which saw him open his PSG goalscoring account, in fantastic fashion.

His words transcribed in L’Équipe, the Argentine also notably discussed his role in the attacking trio with Neymar and Kylian Mbappé, concluding that the forward line will benefit from getting more playing time together in the future.

“It was a great opponent. It was very important for us to win after the draw against Bruges. I’m really happy to have scored. I haven’t played a lot recently. Just one match at the Parc des Princes, this is my second time here. I’m slowly adapting to my new team, my new teammates. The important thing is to have won and to keep progressing.”

“The more we [him, Neymar and Mbappé] play together, the better it will be. We all have to progress together and raise our level of play. We played well, we have to give it our all and keep doing so.”

“We won an important game against a very big rival, with great players, who were in the Champions League final last season. It’s an important win for us. We have to keep progessing and work on a lot of aspects.”