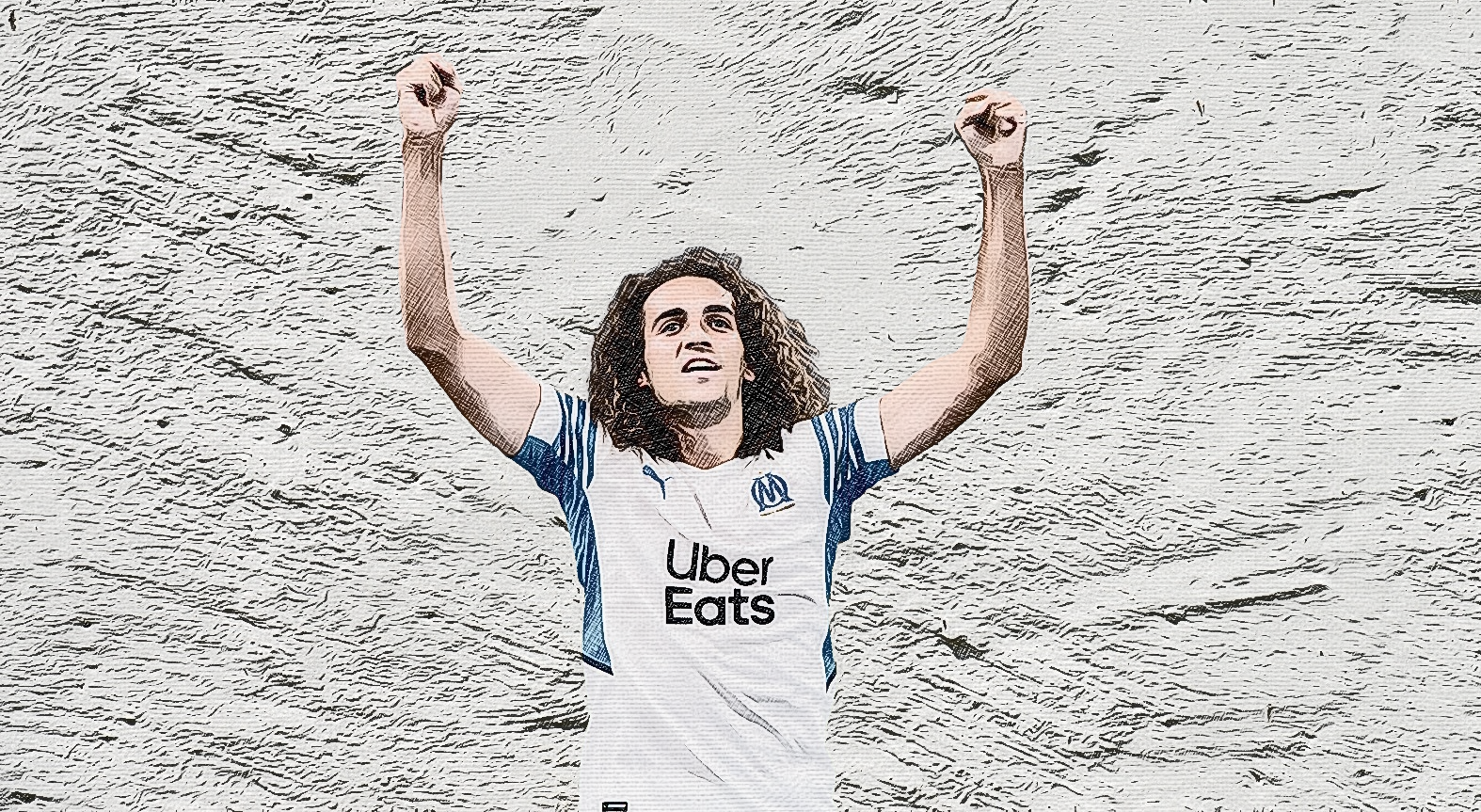 Mattéo Guendouzi (Marseille, on loan from Arsenal)
While making him a tough and irksome competitor, Guendouzi’s combative, belligerent attitude has often been problematic. As early as the 2016/17 season, then a 17-year-old with Lorient, Guendouzi was exiled for five games having shown clear displeasure at being subbed. However, that provocative persona fits perfectly at the Velodrome, especially in the eyes of a notoriously vociferous fanbase. Unsurprisingly, the now 22-year-old was one of the first on the scene after Dimitri Payet was floored by a bottle thrown by Nice fans last month. A mass brawl ensued.

Typically for Guendouzi, his early Marseille career has been a little patchy. His all-action, rumbustious style can energise those around him and push teams forward but it also carries a sense of dangerous randomness, as if all hell could break loose after one late tackle or overly ambitious pass. Fortunately, a more positive Guendouzi is increasingly the norm in more recent outings. Often deployed unusually far forward, almost as a second striker at times in Jorge Sampaoli’s impossibly gung-ho 3-6-1, the Frenchman has adapted well and continues to impose himself on games. So much so that he was called up to Didier Deschamps’ France squad for the September internationals.

The now expunged meeting with Nice was perhaps a low point for Guendouzi across his six matches so far as Galtier’s side capitalised on some characteristic sloppiness. However, a riotous display in the 3-1 win over Saint-Etienne before the break included his first OM goal before he posted a more measured but no less impressive performance as Marseille outmanoeuvred a floundering Monaco (2-0) at Stade Louis II. Guendouzi’s career, so far, has promised much but delivered little. With Marseille, however, there’s already a sense that this could be his year to find the consistency and control to compliment his undoubted technical ability and warrior-like attitude.
Grade: B

Pape Matar Sarr (Metz, on loan from Tottenham)
Although whether the strategy of signing a young player before loaning them back to the club they signed from truly achieves what it sets out to is questionable, another year in Ligue 1 is exactly what Sarr needs. Although both club and player may struggle for motivation this season, knowing they’ll part ways next summer, Sarr is at a stage of his career where he needs to play. Having signed from Metz’s Senegalese feeder club Generation Foot, who also produced Watford’s Ismaïla Sarr, Pape Sarr is only a year into his career as a senior pro having just turned 19. Indeed, he only became a regular at Metz in January, tallying just 32 senior games so far. Many talents of his ilk have made their big move too soon, halting their progression, and, despite his talent, it’s unlikely he would have seen regular football at Tottenham.

Metz need Sarr too, as a poor start to the campaign suggests a relegation battle is impending after a misguided summer window. Key centre-back John Boye was allowed to leave on a free and lynchpin Farid Boulaya was also close to a move but eventually stayed and remains in limbo. Reinforcements have been minimal. Sarr, oddly, has been ordained as Boulaya’s successor as the central creative force. It hasn’t gone well.

Although the teenager hasn’t directly replaced Boulaya as an outright number ten, Sarr’s been handed the creative responsibility in midfield as part of a 3-5-2 setup. Although his graceful technical ability in possession shines in every outing, it’s far too early to make him the side’s leader or rely on him too heavily. Apart from the obstacles of age and inexperience, Sarr is playing out of position and out of his comfort zone. After a disastrous 3-0 loss at Strasbourg on Friday night, Metz would do well to return Sarr to a deeper midfield role, repatriate Boulaya when fit and allow the 19-year-old to develop in his best position. Otherwise, he could arrive at Spurs next summer following relegation with his stock reduced, his confidence shot and his development stunted.
Grade: D

William Saliba (Marseille, on loan from Arsenal)
Until now, momentum has been Saliba’s problem. His development has been routinely stunted by a string of injuries and Arsenal’s bizarre indecision over his future. The French defender’s potential and ability, however, are undoubted, as a serene, assured, calculating style of defending that convinced Arsenal to spend £30m on the teenager remains. Consistency, match-smarts and the presence needed to impose himself at the level his talent suggests he should be aiming for, lag behind.

Since emerging at Saint-Étienne Saliba hasn’t come close to enjoying an uninterrupted campaign of regular first team football. Admittedly he’s still only 20-years-old, but there’s still a sense of rawness about him after just 52 league appearances in three and a bit seasons of senior football. As a result, his latest loan to Marseille provides a sizable, and potentially career altering, opportunity to simply play, and gather the minutes, experience and know-how he’s so far missed out on.

Loaned to a very average Nice side last season, although his 20 Ligue 1 outings were invaluable, Saliba’s performances proved solid but largely unremarkable, often lacking impetus and presence. However, just a handful of games into his OM career, the Frenchman has begun to reassert himself. Although he still goes a little under the radar at times, a burgeoning ability to quietly dominate proceedings is starting to show. A composed, commanding display in beating his former club Saint-Etienne was the highlight of Saliba’s six Marseille games to date, often playing his way out of trouble in characteristically assured fashion, when others might’ve panicked.

Playing as part of a three man defence at OM, albeit an oddly lopsided one with Boubacar Kamara often moving from the base of midfield to right-back, having been used in a four most often at Nice, is something to keep in mind but his loan to Marseille could be exactly what he needs to finally kick on and realise some of that boundless potential.
Grade: B