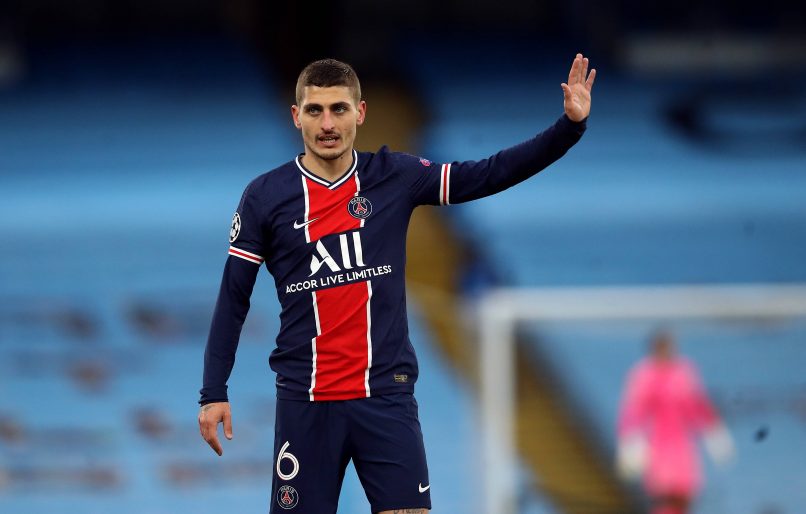 French football, the 2020/21 edition, still hasn’t told its whole story with two games to go in Ligue 1 and just one set of fixtures left in Ligue 2.

Ligue 1 has seen a riveting battle at the top between Lille, PSG, Monaco and Lyon.

The northern outfit is in an incredibly good position to clinch the league after winning it 10 years ago (remember that squad? The one with Mickaël Landreau in goal, Mathieu Debuchy and Adil Rami at the back, debuts given to one Idrissa Gueye now earning petulant red cards at PSG, Eden Hazard showing the world what he could do and Gervinho’s haircut?). How far have they come since almost getting relegated 3 seasons ago (an event that surely would have seen them go bankrupt given Gérard Lopez’s financial gymnastics)! With Christophe Galtier in charge, Lille have gone to dead certs for Ligue 2 to one of the most entertaining sides to watch in Europe. Mike Maignan (will he go to AC Milan?) has been arguably the best keeper in the league, Sven Botman a terrific find, Boubakary Soumaré & Benjamin André doing wonders in midfield and Yilmaz proving that he can do it outside of the Turkish league (what a player that guy is). The team has gelled well and Galtier got his side out of the Europa League trap at the right time (would Lille have won key games like the one at Lyon playing twice a week? Unlikely). They are certainly deserving of winning this highly competitive league. Still need 4 points to make it certain though…

PSG could still win it but the capital club have shot themselves in the foot more than once. Subpar performances have become the norm (the latest at Rennes last Sunday being a typical example) and the lack of coherent gameplan from Mauricio Pochettino is obvious for all to see. The board is more interested in extending the contracts of their megastars Kylian Mbappé & Neymar than having any clear sporting direction. Now that Neymar has extended his deal, Doha will turn to the Bondy youngster but what will be done to address the frailties in other areas (the full-back positions need serious addressing)? The club has resorted to extending fringe, squad players’ contracts more out of a lack of ideas than decent strategy (see Layvin Kurzawa & Julian Draxler). PSG don’t deserve to win the league and they know it.

In third we have Monaco who have been great fun to watch. Niko Kovac has been the first impressive managerial appointment since Monaco reached the Champions’ League semi-finals 4 years ago (Leonardo Jardim sacked, then reinstated, then sacked) and the football has been very entertaining. They boast the second best attack at the time of writing with Lyon, with both sides at loggerheads to clinch this much coveted third place and final ticket into the Champions’ League for next season.

Lyon have also been entertaining but in their own way: Memphis Depay has been good value to deliver goals and dangerous play in and around the penalty box and it is impressive to see Les Gones scoring so many goals with lesser players than the Dutch but always willing to put the work in (Karl Toko Ekambi, Tino Kadewere).

For the last 2 matchdays we have Monaco hosting Rennes before travelling to Lens (respectively 7th & 6th which is a tough run-in) while Lyon travel to Nîmes (who will be fighting for their lives) and then host a Nice side with nothing to play for. Monaco are just 1 point clear with 2 games to go but Lyon have a better goal difference and an easier run-in. Who will clinch 3rd?

At the bottom, things are also far from over. Except for Dijon that is.

It is impressive how many points Lorient & Nîmes have picked up in the second half of the season. Lorient won just 3 games in the first half of the season (including a 3-0 win vs Nîmes) gaining a meagre 12 points but have earned 26 in 2021 meaning that Les Merlus have managed to keep their head above water (for now). Same goes for Gard side Nîmes: they managed the same amount of wins as Lorient in the first half of the season but they magically achieved radically better results, thanks to the brilliant leadership of Pascal Plancque. With 35 points, Nîmes have managed an equally impressive recovery. They might still go down but not without a fight. Kudos to both of them as they were on the same number of points as Dijon at Christmas!

Besides those two, big traditional Ligue 1 clubs may say hello to the 2nd tier if they are not careful. Nantes showed that a managerial change was not necessarily the solution with such a talent-ridden squad, although Antoine Kombouaré’s ultra-attacking 4-2-4 shape has paid dividends recently. Bordeaux are doing everything they possibly can to get relegated, while Strasbourg & Brest have both flattered to deceive. The former has never waved farewell to relegation this season entirely (best league position was 13th in mid-January) but there were some strong performances thrown in by Thierry Laurey’s men (the win against Monaco in March stands out) while the latter played some great stuff at times but were far too irregular in 2021 (just 4 wins in the 2nd half of the season).

So how will it all end? Nîmes will probably go down as second bottom as they face two tough games (Lyon at home & Rennes away) but the play-off spot is anyone’s guess. Nantes are currently 18th but they play Dijon next and Brest are just 3 points away from Les Canaris. Strasbourg vs Lorient on the final day will go a long determining who plays against the Ligue 2 outfit.

Speaking of Ligue 2, what a season it has been. We’ve had three highly entertaining sides in Troyes, Clermont and Toulouse winning games on most weekends but only two of them can go up automatically. Troyes clinched promotion (and the league) on Saturday so it will go down to the wire between Clermont and Toulouse on the final day (unless Toulouse don’t beat Pau on Wednesday which is unlikely but would virtually promote Clermont). Whatever way you look at it, a rugby town will be represented in France’s topflight next season (yes, Clermont is rugby territory, few really care about football down there).

Whoever does not make it to the runners-up spot will have to go through the play-offs against sides they should be beating comfortably. Grenoble & Paris FC have had their moments but are not on a par with the top 3 (actually Auxerre had a golden opportunity to invite themselves to the play-off party but they blew it missing a stoppage-time penalty against Grenoble last Saturday).

Just like in Ligue 1, a historical club may go down from Ligue 2 in Caen. SMC are likely to finish 18th, which would see them contesting in a play-off against Villefranche (of National 1, France’s 3rd tier) if not worse (Chambly could relegate them directly by finishing above them). Dunkerque are also heavily looking over their shoulders but are in less danger than Caen.

Finally, let’s welcome back Bastia who have returned to professional football after 4 years climbing back up the football league ladder. They go up with Quevilly-Rouen (which is not the main club in Rouen – that’s Rouen FC) who will be enjoying their 2nd season in Ligue 2 (I’m not actually quite sure why they’re called Quevilly-Rouen as both clubs merged in 2015 but separated in 2018) Oh well.

The government stopped all non-league games with the lockdown at the beginning of November 2020 so no games to attend for us lower league match-going fans. Next season can’t come soon enough (if we can go to games all season long that is)!