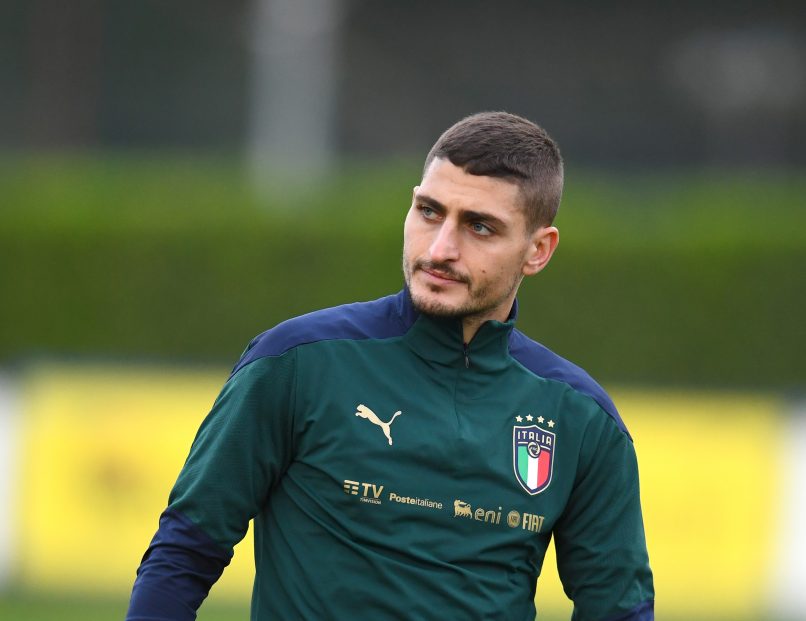 Speaking in an interview with France Bleu, PSG midfielder Marco Verratti discussed the arrival of Lionel Messi, his own fitness and his love for the capital club.

Let’s say that my misfortune is over and I am doing better, even though I am going to have to do more running. But I feel better and the match against Manchester City showed that.

On if playing in front of the defence is his best position:

Let’s say that in midfield, I feel good everywhere. There are different positions, but the manager chooses them. He was the one who, against City, asked me to play in front of the defence. That’s where we needed to break the “pressing” because they are a team that presses a lot and who provoke 1 vs 1 situations. But sometimes I can play further forward, the coach knowns that he can ask me to adapt depending on the opponents.

On the arrival of Lionel Messi:

My life has given me the opportunity to play with the best player in the world, here, everyday. Physically he is doing very well, and with the ball at his feet even better. When you are with him, you forget about his age. He has been so strong when he played against us and now we get to take advantage.

On his love for Paris and PSG:

Paris has given me everything! From a footballing perspective, I had the chance to play with and against great champions, in great matches, which is what I wanted above all else. I fell in love with this club and that is why I always try to give the maximum, to give back the faith that was put in me. I was a little boy who came from a little town in an Italian province and here I had it all. My children were born here! When you are a bit older than 18, they are your best years. And I, I experienced them here. It was incredible. I have become a man and I found love. So everything that I have experienced here will be incredible memories. Life after? I still have a bit of time. What I know, is that I will stay to always live here in Paris.