Marquinhos on summer interest from Chelsea: “It wasn’t even an offer.” 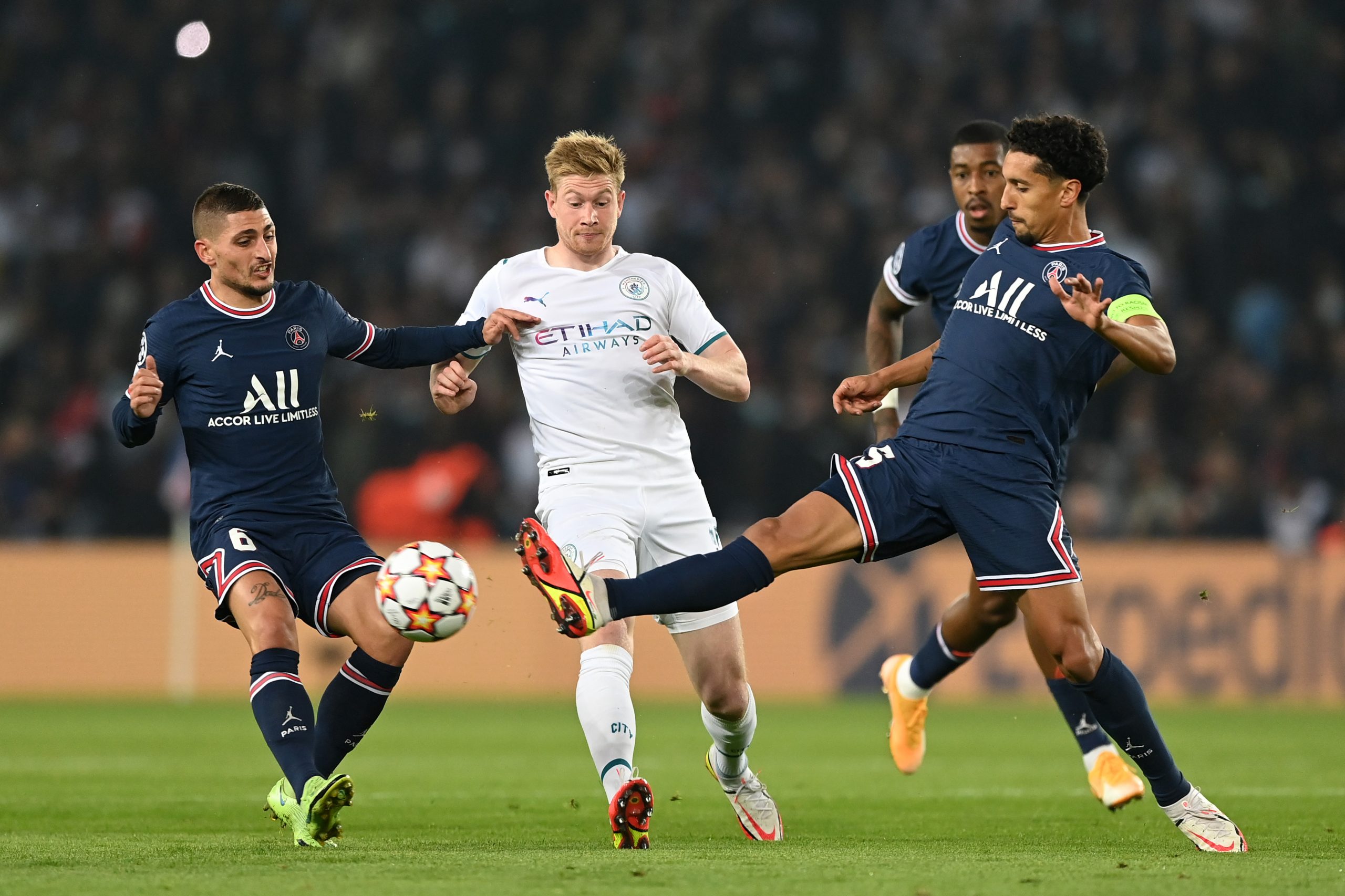 Ahead of tomorrow’s clash against Marseille, Paris Saint-Germain defender and captain Marquinhos was interviewed by Le Parisien to discuss a range of topics, from his compatriot Neymar, summer interest from Chelsea, to Le Classique.

On how he would describe each of PSG’s front three

Ney is a magician, he’s the champion of creativity and improvisation. Messi is a monster, his efficiency is extraordinary, he’s right out of another dimension. And Kylian is a “meteor” as we say in Brazil, a meteorite, a guy who we’ve known was different from a young age, and keeps proving that he’s not like the others. These guys are amazing!

I didn’t defend Ney, he doesn’t need me for that. I just responded to questions I was asked. I think his words were misinterpreted. He just said he didn’t know how he would be in four years’ time. Which makes sense, it’s far away. I don’t know where I’ll be by then either. Neymar is aware of all of the expectation around him and he understands it. He just wanted to say that he was focused on the next World Cup. And most of all, he was speaking about the national team and not his club. That was also misinterpreted. He has no intention of leaving PSG, with whom he has a contract.

On whether ten years ago he would have imagined captaining a side with Ramos, Messi and Neymar

[Smiles] How can you imagine that? When you’re young, you dream first of all of a great future, of joining a big team, of reaching the national team and winning trophies. But you don’t imagine you could captain a team like this. It comes with time. If I’m here today, it’s because there was a lot of work, humility, and that I took the time to learn with the former captains. I am continuing on that path. These days, I am captain, and I’m trying to do my best as long as I have the armbad. One day someone else will take the reins. I hope I will have served as an example.

On whether people are too critical of Neymar

Top players [“cracks”] are always more targetted than others. Ney, Messi, Ronaldo, Mbappé… People want to know everything about stars and what they do with their lives. That’s how it is, the public is more interested in knowing about Neymar’s daily life than about Marquinhos’ [smiles]. He is aware of that. He doesn’t like it when his character is attacked, but if you have to speak about Neymar the player, over whether he is good or not, he’ll accept and always respect that. Us players, we know when it spills over into the personal aspect and when it doesn’t.

No! It wasn’t even an offer. In fact, the club blocked talks straight away. It shows the faith they have in me. It’s an honour for a club like PSG to put such faith in me. The fact that others are interested in me means I am doing well. It gives me motivation to go on, boost my training sessions and play even better. Paris and PSG are the only things on my mind.

We’ve tried to get the message across to the new guys that it’s a different game. But to be honest, they know it already. It’s not just a special match for us, but also for the supporters. But I think a Classique weekend is not just a special weekend for those from Paris and Marseille, but also for a big chunk of France. With the crowd back at the stadiums, there’ll be an atmosphere. We’re ready to go get the three points.

You can never play out a match in advance. There are games that we thought would be difficult which ended up being easier than expected, and so-called unbalanced ones which were very difficult. In reality, every Classique has its own story. What is true is that there is so much expectations around Paris that the enthusiasm around our game has decreased. On the other hand, expectations are not as high for Marseille, so their good form recently means there is a lot of enthusiasm around them. It makes sense, that’s football, everything goes by quickly. But on Sunday, there will be two teams on the pitch, eleven against eleven. May the best team win!

Monaco-Lyon now unlikely to be played in China