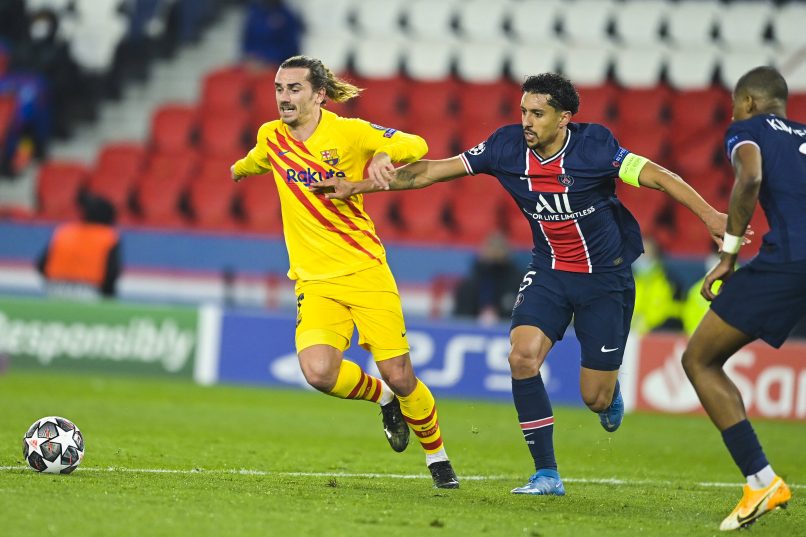 Speaking to RMC Sport, PSG captain and central defender Marquinhos was asked about what Mauricio Pochettino told his charges at half-time after a disappointing opening 45 minutes vs Barcelona in the 2nd leg.

“This was tough. We knew that things would be different to the 1st leg. Barcelona have had several good matches right now. They did a much better match than at the Camp Nou. They had a lot of courage, with an intense pressing and very high that stopped us from being able to take the ball out in the 1st half. Our strength is with the ball and by creating movement and we struggled to do that. Football is made up of good and bad moments. We were able to hold on thanks to our formidable goalkeeper. He made the difference. In the second half, it was better in its entirety, we deserve this qualification.”

“We are not going to give out all our secrets. It was intense, he showed us a bit the difficult moments we had, we missed out on a lot of clearances in the defensive phase, they took advantage with their full-backs. He asked us to show more application, with some short videos. That is what made the difference.”