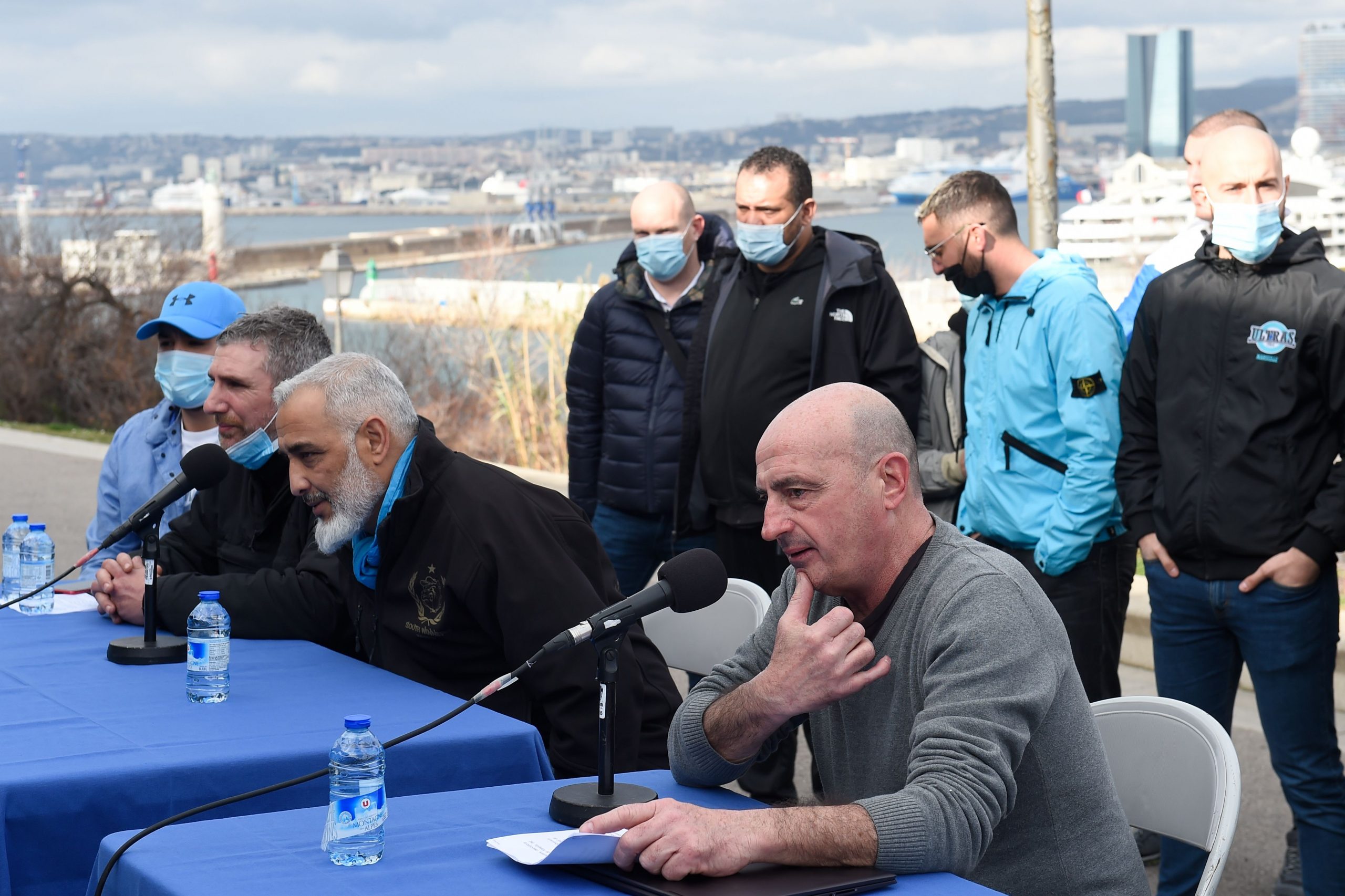 With the Old Port in the background, the groups of OM supporters yesterday held a press conference. The location, a stone’s throw from the town hall, the place where OM fans first discovered the faces of Frank McCourt and Jacques-Henri Eyraud, in August 2016, when the American acquired the club.

“When you attack the family, it defends itself,” summarised Christian Cataldo, the leader of the Dodgers supporter group. Representatives from Commando Ultra 84, South Winners, the MTP, the Fanatics, the Club des Amis de L’OM and the Dodgers were all present. An opportunity to speak for the first time since the attack on Marseille’s training centre on 30th January, and especially and above all, the events that followed with the letter of formal notice from OM and the threat of non-renewal of the supporters’ agreement. Cataldo also wanted to thank “all the people who have shown support. Even Mathieu Valbuena is with us. We put it in his head!”

“We no longer recognise them as board members at Marseille. You have succeeded in one thing: unifying everyone who loves OM and Marseille against you. We are sending you the third axe of your project, presented in 2016. In substance: “The club must give back what it owes to Marseille as a city.” It is time. Quit the club.”

Rachid Zeroual, who will be on trial on 22nd March for his involvement in the attack on the Marseille training centre, then took up the mantle, deploring the severity of the authorities’ actions: “There is no law against bad presidents, only against bad supporters.”

“If McCourt wants to keep him (Eyraud), we will call for a protest, deposited to the local authorities. We will call to go down to the Canebière, we will ask all the Marseillais to come. We understood that he was going to cling to the rock… We wanted to calm things down, show that we are not savages. He could do some thinking, not be obtuse, see that everyone is against him.”

A couple of other notable faces were present, including ex-Marseille player Marcel Dib and rapper L’Algerino: ‘This is family! This manifestation is legitimate and important.It is bigger than the supporters. Me, before being an artist, I am a Marseillais. We have OM in our blood, it is our life, it gets handed from father to son.”

This was an event that united the old and young, Colette Cataldo, who will be 80 this spring, stated: “It makes me happy to see everyone united. I hope that it is going to bring us good fortune.”

Juan Bernat on the verge of signing extension with PSG