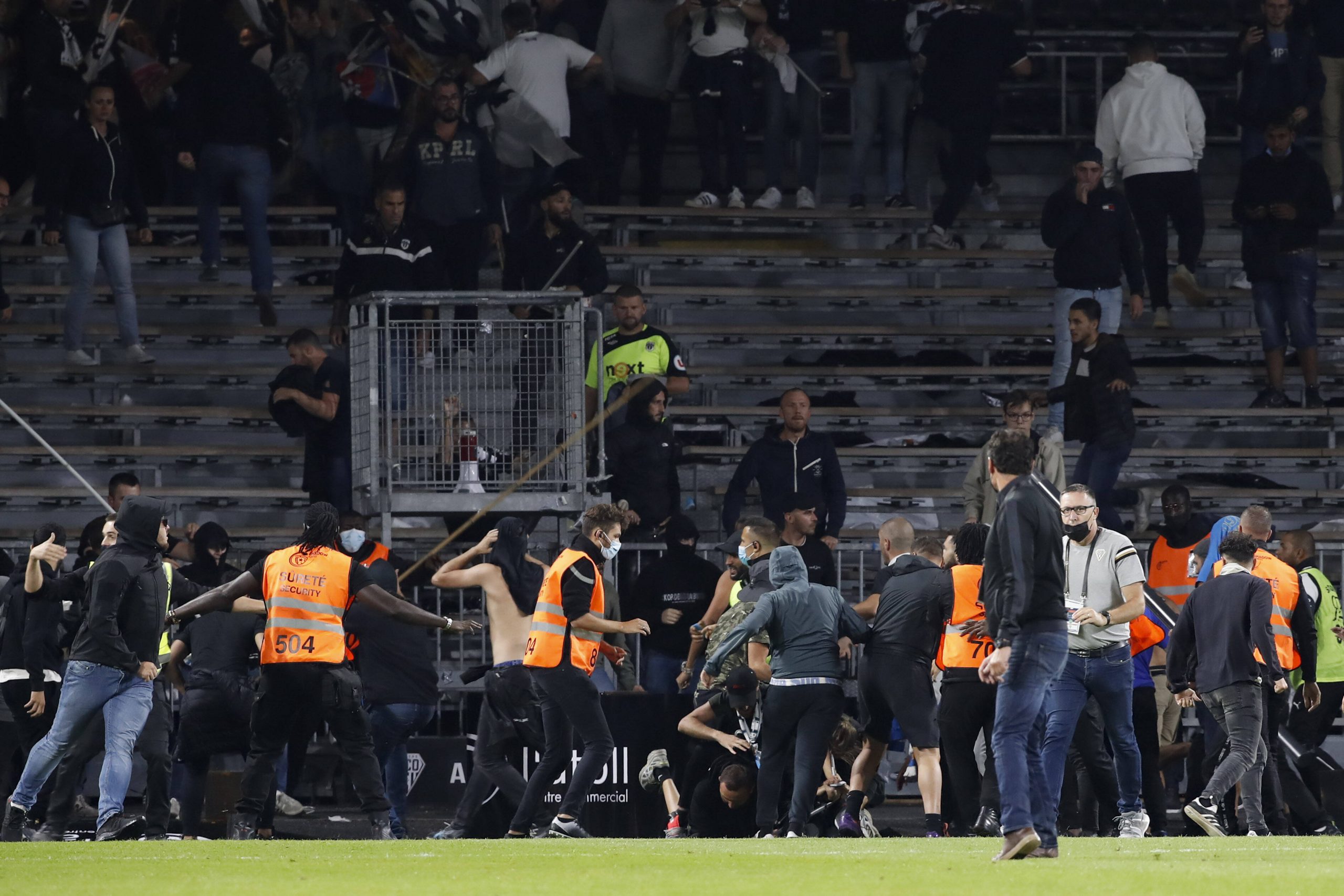 L’Équipe report that Ligue 1 authorities’ disciplinary commission has given its verdict on the various incidents of crowd trouble across the country in the last few weeks, with Lille, Lens and Marseille all being handed a suspended one-point deduction.

In particular, the sanctions concern the pitch invasion during the Derby du Nord between Lens and Lille – won by the home side 2-0 – as well as the Angers-Marseille fixture which saw similar incidents and conflict between the two sets of fans.

Specifically, Lens have also been ordered to play two games behind closed doors – a sanction which has already been carried out in their past few games. Lille and Marseille, however, will see their away ends closed off to fans in all games until December 31. Angers have been sentenced to play two games with one of their stands closed – similarly to Lens, this has already been served, as well as a €20,000 fine.