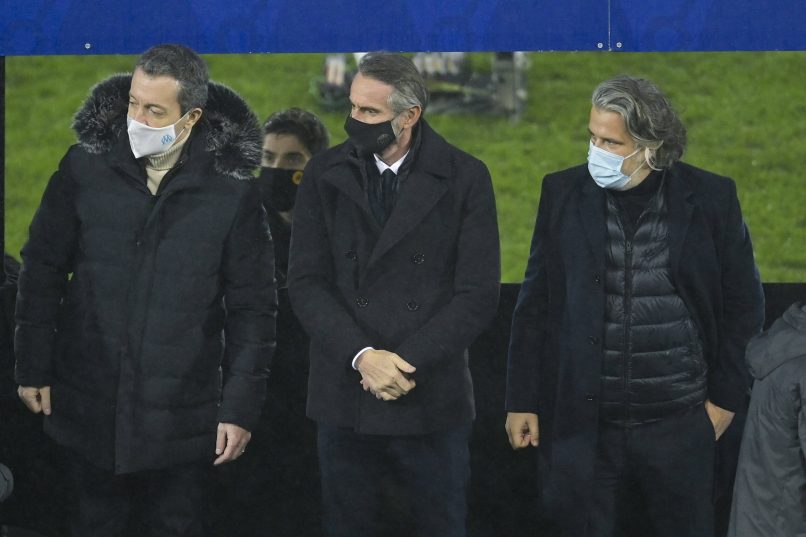 Eyraud spoke to the players before training today and launch a diatribe at this charges – one player told the outlet:

“He said to us that our match was pathetic, that we were rubbish and that we were walked all over by the bottom side in Ligue 1, that we showed no desire. We have rarely seen him like that.”

The unnamed player adds: “The pres was furious. He said that we were not worthy of the shirt and that we did not respect the supporters. That if the stadium had been full we would not have been home until 03:00 in the morning.”

An anonymous member of the coaching staff added:

“Jacques-Henri calmed down at the end and explained that with the two matches in hand we were still in the fight but asked the players to look at themselves in the mirror. It is normal after what we saw yesterday.”

Eyraud finished his rant by suggesting that too many players in the squad thought too highly of themselves and that none of them were of the required level to play for a top European club and that everyone needed to be brought back down to earth. Eyraud also took this opportunity to hand the players two ultimatums.

The first one related to players whose contract was expiring – the OM president instructed all players whose deals come to an end in June to go and see manager André Villas-Boas and Sporting Director Pablo Longoria in the next 48 hours to confirm their intention of remaining professional. If these meetings do not occur, then the players will have 13 days to find a new club and quit Marseille. The second ultimatum was made to foreign players who have been told that they are under the obligation of learning the French language quickly, or else be sold in summer.

The same anonymous player added: “He said to us that he wants us to respect the shirt and that we needed to respect OM as an institution even more and that each disciplinary misdemeanour will be strongly sanctioned.”