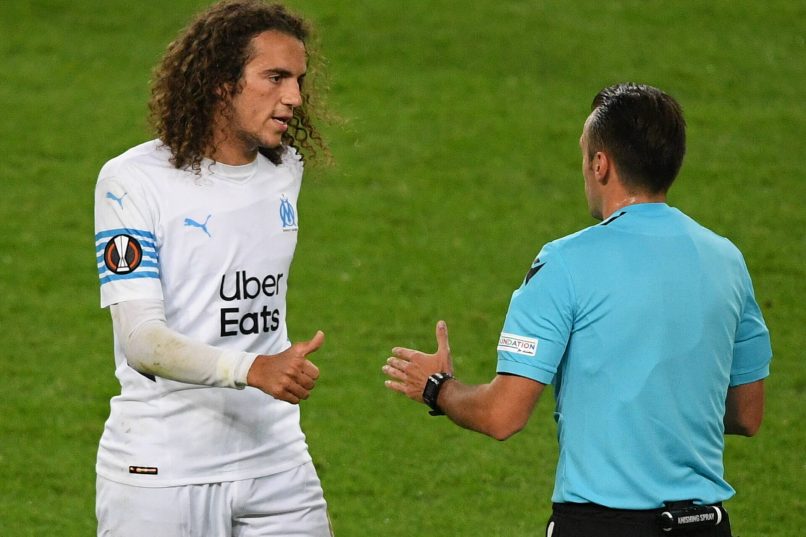 Speaking to RMC Sport in the wake of Marseille’s 1-1 draw against Lokomotiv Moscow for the Europa League campaign opener tonight, midfielder Mattéo Guendouzi expressed his disappointment at the result.

Cengiz Ünder had given the away side the lead from the spot, before a late goal from Faustino Anjorin allowed the ten-man Russian side to rescue a point.

“Clearly it’s very disappointing. We dominated the game from the first to the 87th. We conceded a dumb goal. We didn’t manage to score a second goal and we got punished. That’s how football is, we’ll learn. We can’t have a result like that. We had lots of chances to score three, four, five goals.”

“When you don’t manage to score, you can get punished for it at any time. We weren’t smart at the end of the game. We could have kept the ball and made them run. There’s a feeling of unfinished business. The system is very good, we had a good game today but we were missing the experience. We’ll have to learn from it or else we’ll be punished lots of times over the year.”