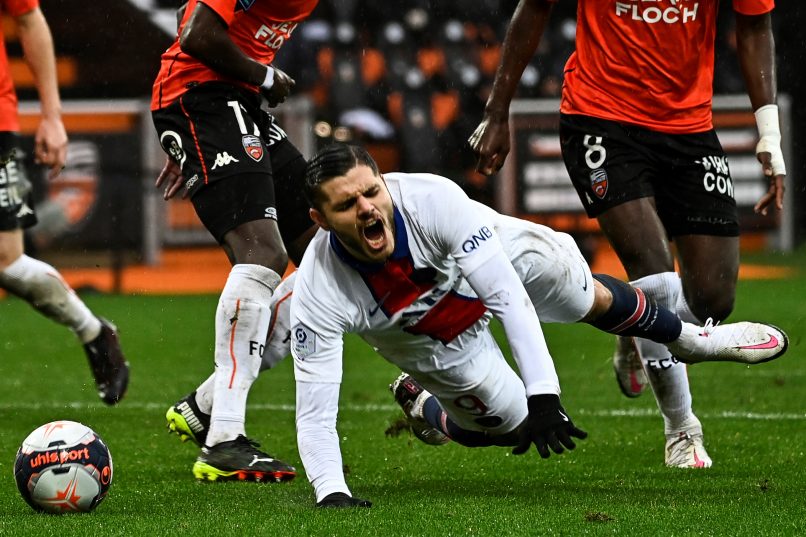 L’Équipe report that Argentinian striker Mauro Icardi’s home in Paris was robbed on Saturday night when the player was away in Brittany ahead of their match against FC Lorient which they ended up losing, 3-2.

Around €400k’s worth of items were stolen from his home in Neuilly-sur-Seine. It was people who work for Icardi who discovered that a robbery had taken place when they entered the premises on Sunday morning, noting that items were missing and others were out of place. The burglars forced entry into the property.

The items stolen included jewellery, watches and designer clothing worth around €400k – Nanterre authorities have been notified and are on the case. On Sunday afternoon, DNA and fingerprint samples were being taken by investigators at the scene, who have also noted that the burglars entered the premises through a window.

Last week, Icardi’s Spanish teammate, Sergio Rico, was a victim of the same crime, at the time that he was in goal for PSG vs Montpellier. Intruders on that occasion stole items worth up to €25k from his property, which is also in the Neuilly area.

In February 2019, it was Daniel Alves’ house, also in Neuilly, which was broken into. But this series of thefts to the detriment of the club’s players began in November 2018 with a first burglary at Eric Maxim Choupo-Moting’s home in the 17th arrondissement. The burglars stolen dozens of luxury handbags, a dozen Rolex and Hublot watches as well as numerous jewels for damage estimated at nearly worth around €600k on that particular occasion.

Then, on December 23rd 2018, it was the turn of the Brazilian captain, Thiago Silva, to see his place at Villa Montmorency in the 16th arrondissement, targeted by two intruders. They got hold of a Richard Mille watch worth €600K and some jewellery. Their estimated loot has been valued at nearly €1.2m. Several suspects in the Silva and Choupo-Moting robberies were arrested by the authorities, then imprisoned in August 2019.