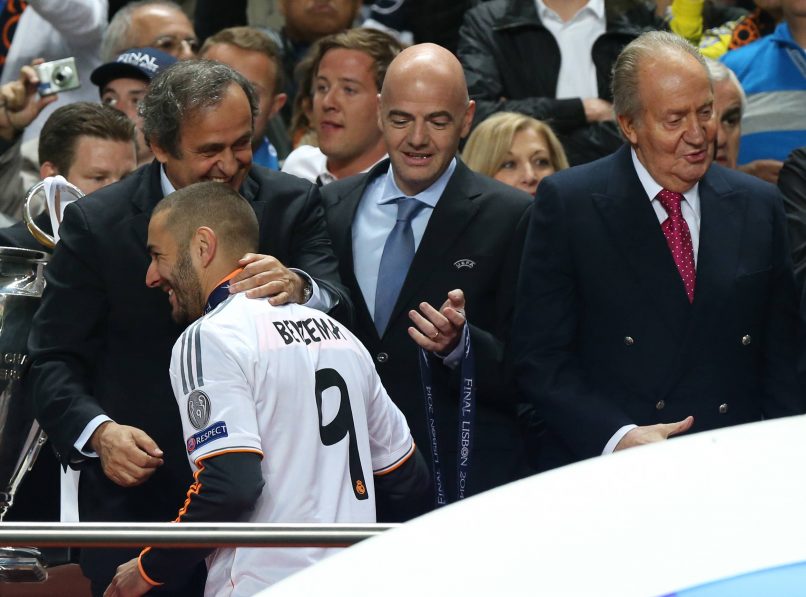 Speaking in an interview with LCI, three time Ballon D’Or winner and ex-UEFA President Michel Platini moved to defend recently recalled to the French national team squad Real Madrid striker Karim Benzema for his history of not signing the French national anthem as the traditional hymns are played earlier in his France career.

“In our generation, we never sang La Marseillaise. It started in the 1990s I think, because the rugby players would sing it. So then the question was asked about why the French were not singing it. After, we started to look at players who were not singing in relation to the colour of their skin. And because there were some players who were a bit more coloured, we began to say: “Look, he is not singing. He must not love France.” It is false. We did not sing when we were with the national team and we were all white.”

“You know why we didn’t sing La Marseillaise? Because I am of the opinion that it is a war hymn. We, we were not going to war, we were going to play football. Rugby, that is more of a war thing, combatants. This is not the same, this is not the same sport. If La Marseillaise was a hymn about loving your country, I would have certainly sung it. But it is war hymn, I don’t feel lit… Today, if I do not sing it, perhaps I will be criticised. But at the time, nobody gave a f*** honestly.”