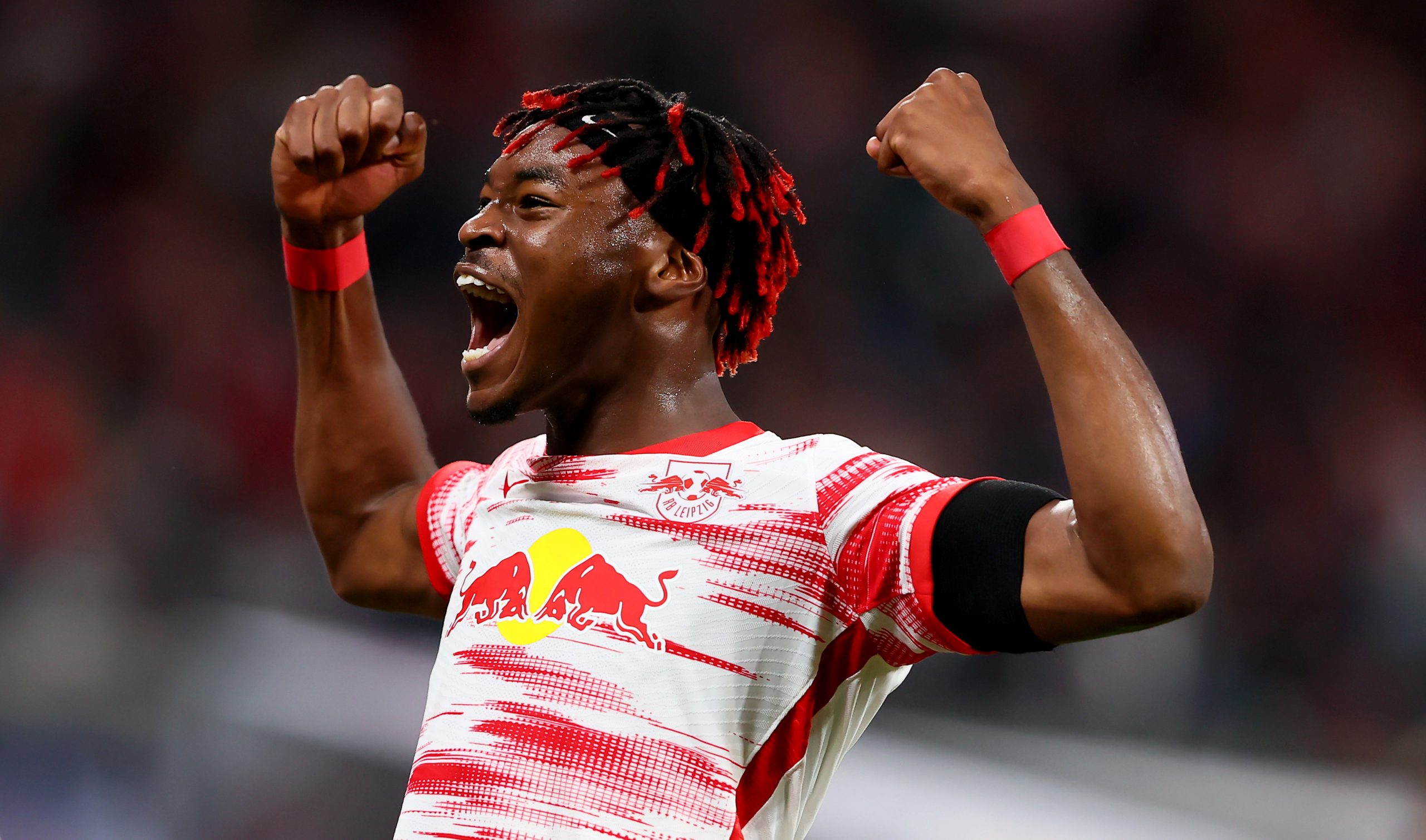 Talking with Eurosport, former Strasbourg defender Mohamed Simakan (21) covered a range of topics, including his transition to German football with RB Leipzig.

What was the transition from Ligue 1 to the Bundesliga like?
“It’s really different. Each country has its strong points. Ligue 1 is quite tactical and technical. In Germany, things move very quickly, it’s very box-to-box. For example, in Ligue 1, if PSG play against one of the weaker sides, we know that they will play with a low block and on the counterattack. In the Bundesliga, nobody is afraid to impose themselves.”

“When I was at Strasbourg, there were special tactics against PSG… Here, it’s an even fight, high pressing, no one is afraid to attack the other team… There are matches where you can run eleven or twelve kilometres, while in Ligue 1 you do eight or nine.”

What are your first impressions of [new coach] Domenico Tedesco?
“He’s a person who has good projects in mind, he knows what he wants. He’s a nice person, you see it straight away when you talk to him. He’s a coach who will be able to push us to our limits, to help us make a jump in the league, the Europa League and the German Cup.”

Leipzig’s game is based on a lot of pressing, an occupation of space and a lot of verticality, is this ideal for exploiting your potential?
“One of my strengths is the one-on-one duel. Harass the opponent, put him under pressure, constantly pressing… Just because you’re a defender doesn’t mean you have to stay at the back. This is a strength of the Bundesliga, it’s very box-to-box, it’s high intensity and that’s something that I prefer in my game. It’s something that I can develop more and more and I hope that one day I will come close to perfecting it.”

Do you have the feeling of being part of a unique club at Leipzig?
“Here, we are in another world, it really is ‘the RBL bubble’. And it’s quite amazing. I’d already seen on video before I got here, but when I got here and could start training, using all the machines, saw all the training and match statistics, use all the video… It’s the RBL DNA. This is what the president and all the staff try to instil in us so that we feel as good as possible. We really are in the best environment.”

Mohamed Simakan on Christopher Nkunku: “He gives good advice, he’s one of the oldest here and plays a leadership role”

Lyon coach Peter Bosz on Lyon-Marseille fallout: “What I don’t like is that the referee didn’t tell the truth.”