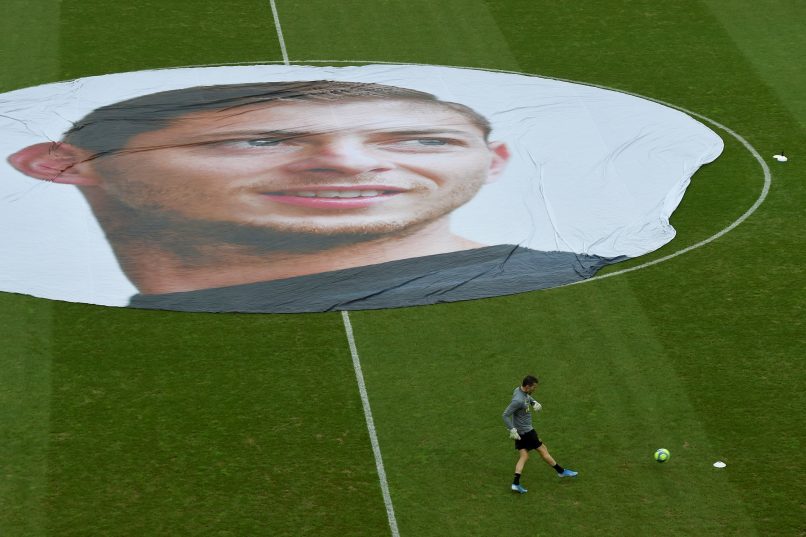 L’Équipe report that the Nantes public prosecutors have opened a fresh investigation into the Emiliano Sala case after Championship club Cardiff City filed a secondary complaint.

Cardiff’s latest legal complaint concerns a FC Nantes cheque dated 21st January 2019, the date of the player’s death. More than two years on, the legal battle over the €17m transfer continues in this tragic case.

Entrusted to the Territorial Directorate of the Judicial Police, this investigation follows the registration of an additional complaint, sent on January 25th to the public prosecutor of Nantes by the French lawyer of the Welsh club, Mr Antoine Vey. Asked about this new investigation, the Nantes prosecutor’s office did not respond when asked to comment.

Mr Vey – who did not wish to comment – has already filed a complaint against X, on behalf of Cardiff City, on January 28th 2020, for acts including “illegal exercise of the activity of agent,” “illegal exercise of air transport” and “manslaughter.” This first complaint had prompted the opening of an additional investigation by the Nantes prosecutor’s office.

The additional complaint made last month by Mr Vey concerns a €16,291.53 cheque, which was due to correspond to an amount owed to Sala, as part of the termination of his employment contract ahead of the Argentinian’s move to Cardiff City. A cheque made out to the player’s mother, Mercedes Taffarel, and “allegedly dated January 21st 2019” is written in this new Cardiff City legal complaint.

A fatal date which coincided with the death of Emiliano Sala, the victim of a plane crash off Guernsey, around 9.15 p.m. In his legal filing, Mr Vey argues that Nantes backdated this cheque, in order to establish that Les Canaris “no longer had a legal link with Sala.” This would have formally released Nantes from its obligations to the player, in line with labour laws.

For Cardiff, it is, per the filing, “inconceivable” that FCN sent this cheque on the same day as dated, payable to the footballer’s mother, while the disappearance of the private plane (piloted by David Ibbotson) which was carrying Sala occurred late in that very evening. The player’s body was not identified until February 7th 2019. Their argument was why would Nantes send the cheque to the player’s mother before knowing if Sala was dead?

The cheque in question is one of many documents presented before the Court of Arbitration for Sport (CAS), where a merciless legal and financial dispute has been ongoing between FC Nantes and Cardiff for more than a year, over the settlement of transfer fees.

The Welsh club’s additional complaint relates to alleged crimes including “falsification of a cheque” and of “attempted fraud” in connection with the production of this cheque.

“FC Nantes’ aim in producing this document was to provide proof that on January 21st 2019, the player was no longer part of his squad and that, therefore, the transfer amount is due to them by Cardiff City FC,” wrote Vey in the filing.

After Sala’s disappearance, the Welsh club quickly refused to pay the transfer fee, contesting the validity of the deal.

An individual close to FC Nantes added: “This is weaponisation of the justice system and the press, even though FIFA said they were wrong (which pushed the Welsh club to appeal to CAS).” Les Canaris did not comment on the cheque.

FC Nantes in this case appear to have the majority of the documentation in their favour, with the player’s transfer agreement being concluded with Cardiff on January 19th 2019 (two days before Sala’s death) and the issuance of his international transfer certificate (CIT), on January 21st, at the end of the afternoon, a few hours before tragedy struck.

A Les Canaris source adds: “In an attempt to escape its payment obligations, however indisputable, Cardiff is shamelessly renouncing any commitment made with Emiliano Sala, dirtying his memory and forgetting the satisfaction of the latter to have signed with the Welsh club.”