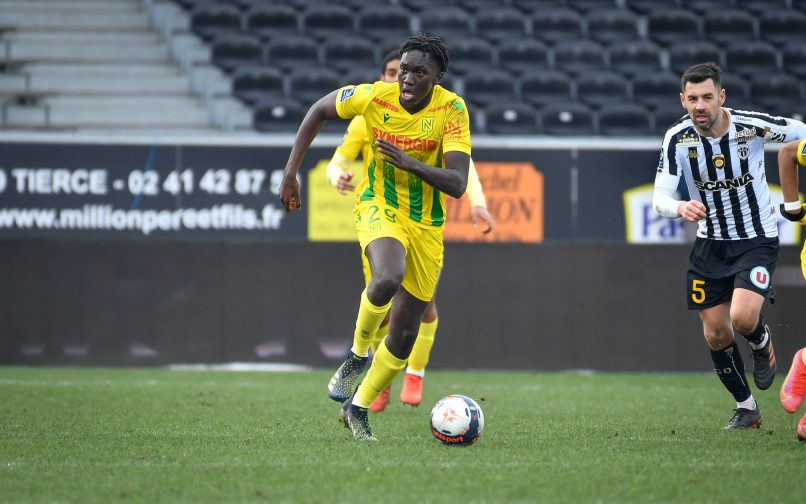 L’Équipe report that 21-year-old French youth international and Nantes midfielder Batista Mendy is expected to sign for a club in the Bundesliga when his existing contract expires in June.

Batista Mendy signed his first professional contract with Les Canaris in the summer of 2018, having come close to a move to Brighton at that juncture.

Les Canaris had been seeking to extend the player’s contract, but when it became clear that he did not intend to do so earlier on in the 2020/21 campaign, he was relegated to their reserves, making just 3 professional appearances during this season.

Following the sacking of Christian Gourcuff, the player was then brought back into the first team squad by Raymond Domenech and Antoine Kombouaré, but he has not received any considerable playing time since.

Bayer Leverkusen and Hertha Berlin have already made contact for the player, with the newspaper claiming that Mendy’s chances of moving to Germany sit at 80% currently.