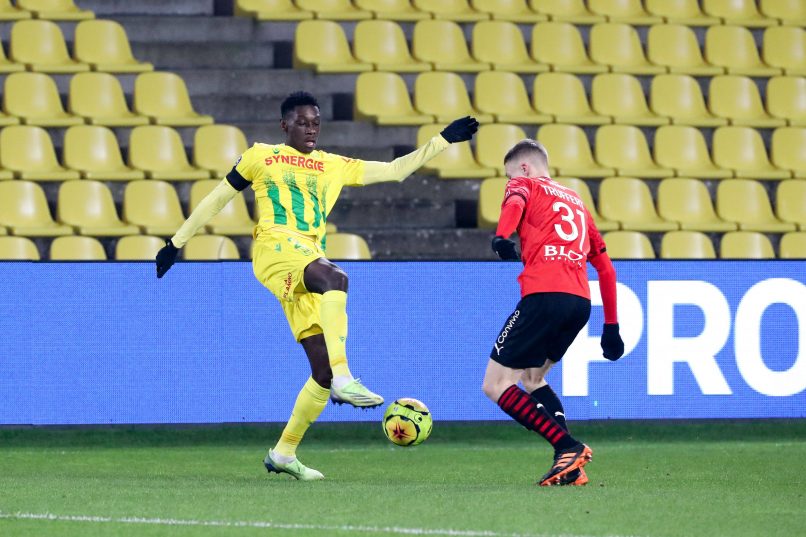 France Football report that FC Nantes are beginning to attract interest from a number of sides for 22-year-old striker Randal Kolo Muani.

Kolo Muani is under contract with Les Canaris for another 18 months and the extension offer that he received at the end of last year has at the moment largely been ignored by the player’s entourage.

As a result, the likelihood of Kolo Muani leaving in summer is increasing by the hour. FCN would like to recoup between €7m to €8m in an eventual deal, but with the current financial crisis in French football, they would likely be lucky to get €5m.

After Eintracht Frankfurt made an approach this month before signing Real Madrid forward Luka Jovic on loan, RB Leipzig have shown continued interest in the player’s profile and OGC Nice have apparently placed him on their shortlist for the summer window.

Brentford also made a recent approach, but at the moment, no advanced negotiations of any kind.