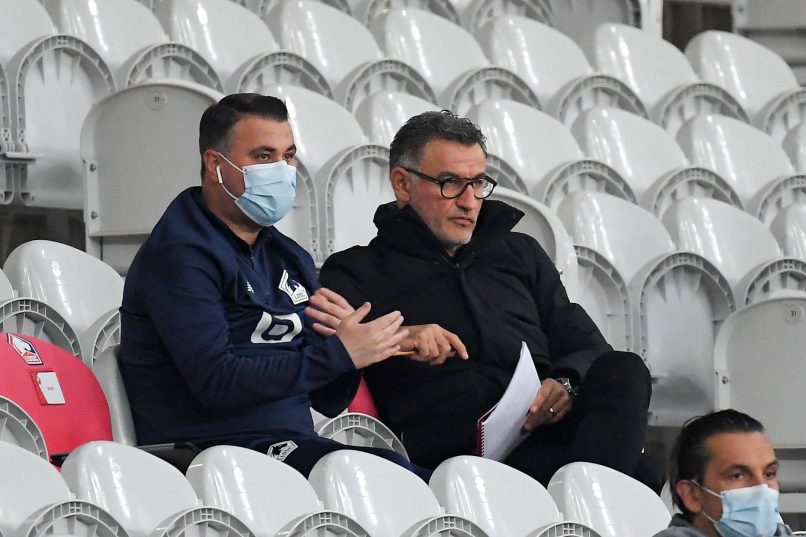 The future of Lille manager Christophe Galtier is hanging in the balance, under contract with Les Dogues until June 2022, but being contacted by a number of suitors. Galtier will lift the Ligue 1 title on Sunday with Lille should they defeat Angers, but the French tactician has privately admitted that he will likely seek to exit the club, no matter the outcome of the title race finale.

LOSC are heavily in debt and will therefore be forced to sell a number of key players including Sven Botman and Boubakary Soumaré.

Galtier knows that his cycle at Lille is over and he has three major opportunities waiting in the wings. The first is from OGC Nice, who are offering Galtier the possibility of relocating closer to his family in the south of France and are willing – through INEOS – to double the coach’s current wages.

For Lyon, and individuals like President Jean-Michel Aulas, Galtier is their absolute priority to replace Rudi Garcia, who will leave when his contract expires next month. OL, who are facing considerable financial difficulties of their own, are however less likely to be able to afford the combination of buying him out of his LOSC contract and making a competitive wage offer.

Finally, there is Serie A club Napoli, who have made Galtier their top priority to replace Gennaro Gattuso.

All three clubs are all in on Galtier, who will look to make a decision by the end of next week. The fourth and final suitor is of course his current employer, Lille, where President Olivier Létang would like to retain him. But LOSC have been making moves that suggest they do not have faith in their chances – there was some contact with Laurent Blanc last week and a possible Lucien Favre meeting is in the works.