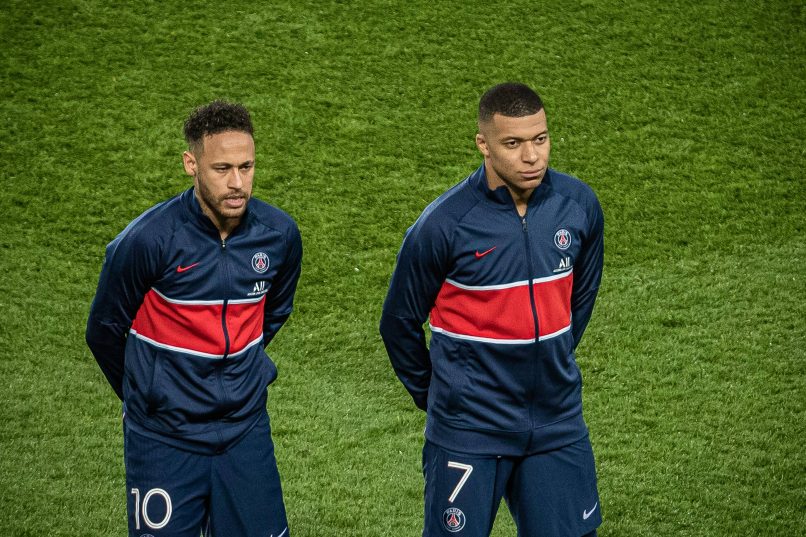 Do you know that when he was younger, Kylian had posters of you in his room?

No not at all. He has never told me that… what, is that true?

What do you remember from your first days together at PSG?

First of all, I was very touched by the man that he is. Kylian is very considerate, always happy, polite and kind to everyone. He is a very wonderful person. That’s why we’ve got along so well since our first contact. Then, of course, I had the opportunity to watch him train, to observe his speed, his dribbling repertoire, his intelligence and to see his humility to keep progressing. There, I said to myself: “He is our golden boy!”

Is Mbappé above all, pace?

Pace alone means nothing. You have to be intelligent to use it correctly and Kylian is. He is not only very intelligent and quick, but he also possesses an enormous repertoire of dribbles.

Kylian explained to us that he will never forget what you did for him when he began at PSG, explaining to him, notably, the dangers and dynamics of such a dressing room. And how did he help you?

He taught me a lot in terms of how to “be French.” He explained to me the French mentality. I owe a large part of adapting well to him, and consequentially, my happiness here.

He said to us that playing with you requires a lot of concentration to keep up with you. Is it difficult to play with him?

Kylian is in admiration of your ability to play between the lines. And you, what quality would you seek to borrow from him, if you could choose one?

You have played with Messi and Mbappé – what is the main difference between the two?

You cannot compare. They have two completely different styles of play. Messi is the best player that I have ever seen and Kylian is, in the process of, becoming one of the best.

Is it true that you have both promised to play in the next Olympic games?

Before the Olympics, we have the league, the Champions’ League, the Coupe de France… I will speak to you about it later.