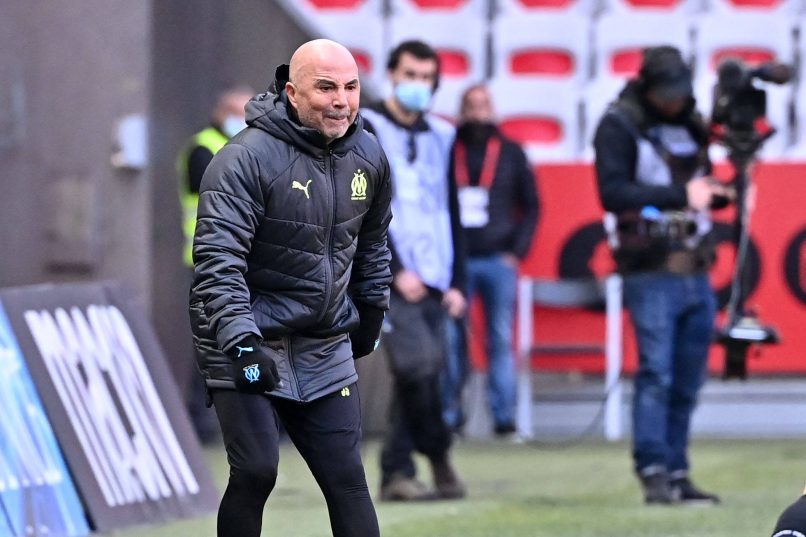 The off-ball midfield positional work by OGC Nice was excellent throughout the encounter, preventing the Marseille back three from being able to find Pape Gueye and Olivier Ntcham, resulting in Polish international striker Arkadiusz Milik regularly dropping deeper to receive the ball, which was unideal in move construction for OM. Milik also demonstrated a strong engine with intense pressing, in stark contrast to Dimitri Payet, who was regularly missing in counter-pressing the opposition.

OGC Nice’s success generally came down their left-hand side, as they targeted Marseille defender Alvaro Gonzalez, who was noticeably uncomfortable in the left-sided centre-back role in a back three. The Spaniard is not particularly mobile and looked positionally confused, especially when Kasper Dolberg drifted to overload Alvaro’s zone, freeing up space for Amine Gouiri, who was Les Aiglons’ most dangerous player, regularly beating Pol Lirola and Gonzalez with his dribbling. Khéphren Thuram, who was a breath of fresh air in this encounter, showed that he is more rapid with his decision-making and dribbling than Pierre Lees-Melou, allowing Les Aiglons to produce regularly effective move sequencing down the left-hand side, with Hassane Kamara at left-back also performing strongly going forward.

Alexis Claude Maurice had another fantastic performance, seen in the touch map as one of his side’s most influential players, orchestrating moves in transition. His dummy running, demonstrated by his average position being very close to Myziane Maolida, also pre-occupied Duje Caleta Car, allowing for Kasper Dolberg and Maolida more room.