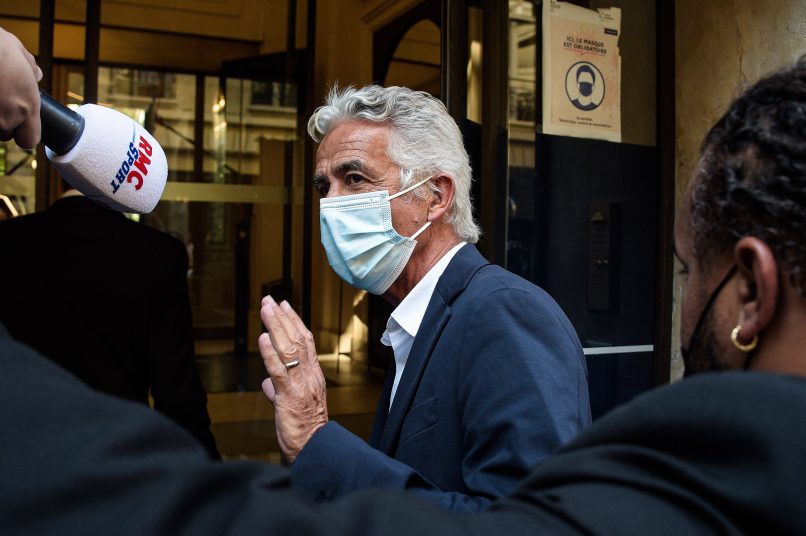 L’Équipe report that Nice did not provide an initial reaction to yesterday’s disciplinary sanctions on their suspended game against Marseille, after a hearing in Paris that went on into the evening.

The commission eventually ruled that Les Aiglons would be docked two points – one of which suspended – and be made to play three games behind closed doors, including a rematch of the game that saw Nice ultras spill onto the pitch and confront OM players.

Director of Football Julien Fournier had himself made the trip to Paris, along with president Jean-Pierre Rivère and manager Christophe Galtier, while players Jean-Clair Todibo, Dante and Justin Kluivert followed proceedings via video conference call. During the hearing, the Nice management recognised the events that occurred and Rivère offered his excuses to Dimitri Payet, the target of bottle throwing throughout the game and whose retaliation sparked the pitch invasion.

Nice nevertheless also pointed the finger at the Marseille players’ behaviour, in particular midfielder Mattéo Guendouzi’s crowd provocation and the “uncontrollable attitudes” of manager Jorge Sampaoli and physio Pablo Hernández – the latter was given a ten-month touchline ban for hitting a Nice supporter.

The club considered that the initial pitch invasion was under the security’s control, before defender Álvaro González provoked a second reaction from the Nice ultras. Nice went on to insist that the security conditions in place would have allowed for the match to safely resume, which appears to have been dismissed by the commission.