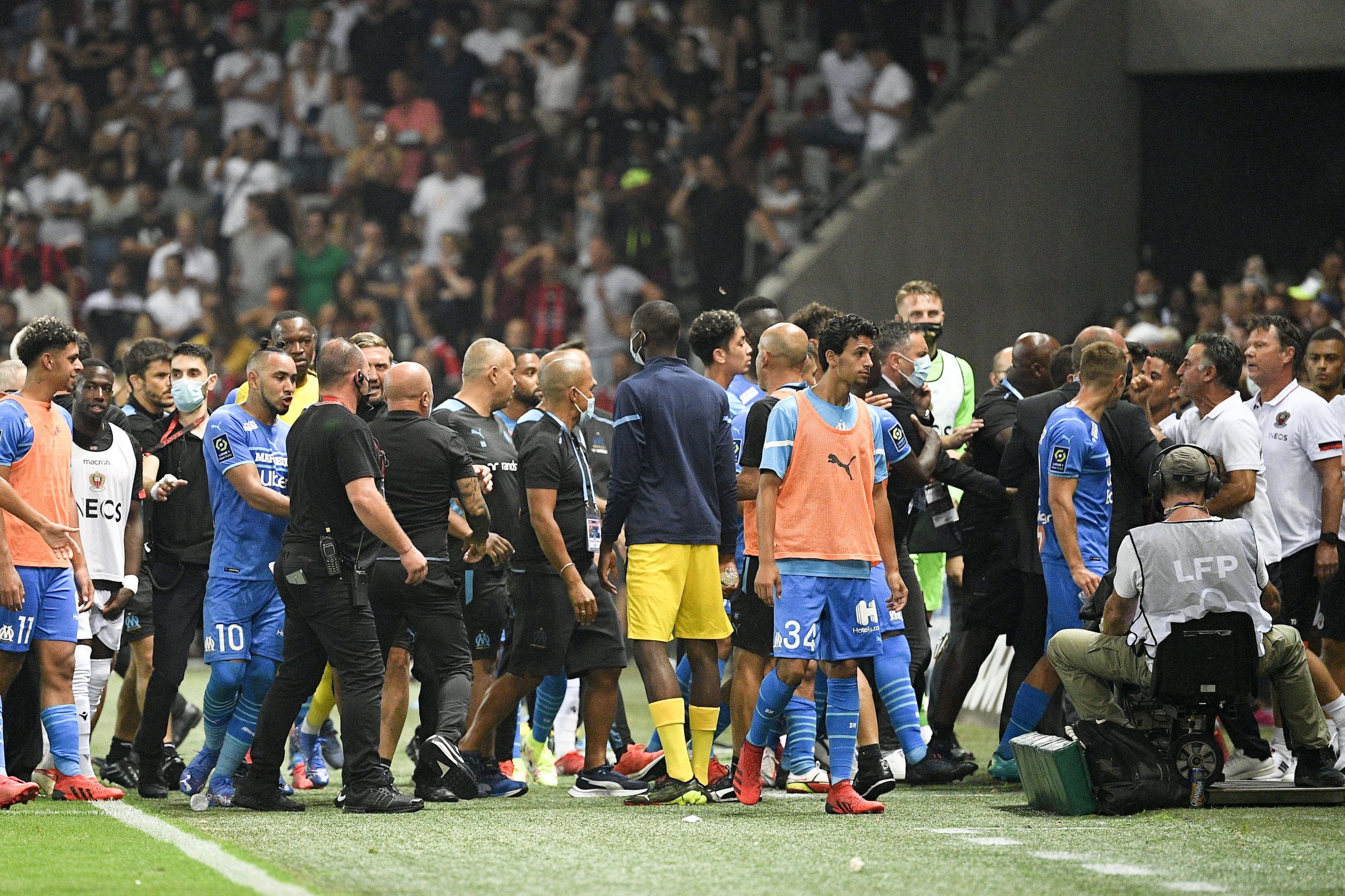 The LFP disciplinary committee has taken a number of actions following Wednesday’s meeting on the brawl that occurred during OGC Nice vs Marseille on Sunday night.

Marseille fitness coach Pablo Fernandez is suspended from all professional functions by the LFP until further notice after he was seen punching an OGC Nice fan on the Allianz Riviera pitch.

OGC Nice have been ordered to play their next home match vs Bordeaux behind closed doors.

Further sanctions are expected but won’t be decided upon until 8th September.