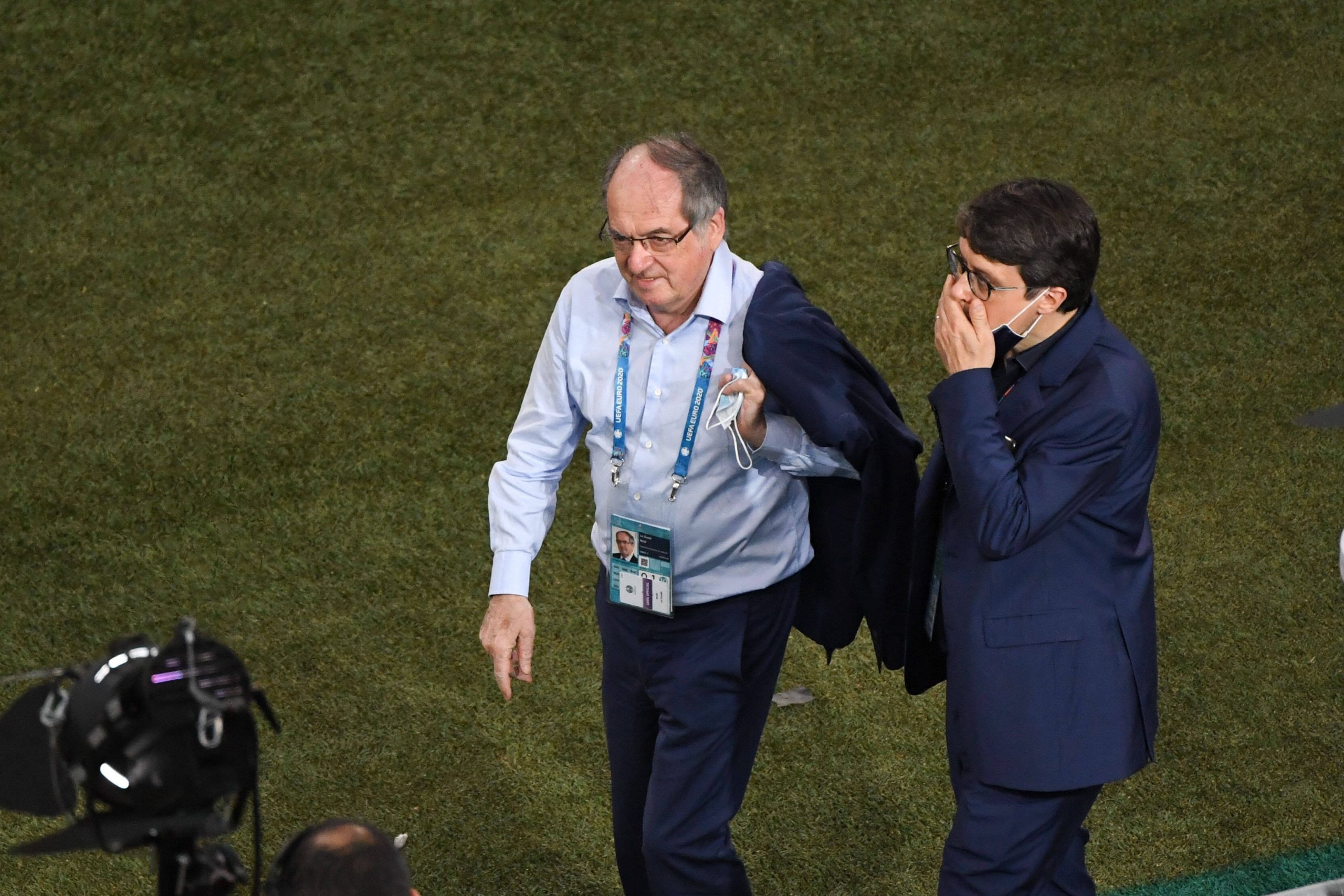 As the French national teams suffer disappointment across various tournaments in 2021, L’Équipe have this week broken down FFF president Noël Le Graët’s management of French football in the last few years.

The former president of Ligue 1, who has been at the head of the French Football Federation for the last decade, recently made the decision to keep Didier Deschamps and Sylvain Ripoll in their respective positions despite successive disappointing tournaments. A similar decision was taken to keep women’s team manager Corinne Diacre in place, despite a 2019 World Cup quarter-final defeat on home soil amid tension with members of her squad.

Le Graët is expected to be less lenient with Florence Hardouin, the organisation’s director-general, who had been close to Didier Deschamps but clashed with several other members of staff and players from this summer’s France team. Hardouin had notably made the decision to keep the team in a hotel in central Budapest, rather than at the training ground which had been booked – a decision which cost the FFF €170,000.

France’s Euro 2020 campaign is reported to have increased the FFF’s deficit from €5,7m to €10m, as the organisation also prepares to axe around twenty jobs as it deals with the financial repercussions of the Covid-19 pandemic.

On France’s return to action in September, Deschamps will have to contend with a number of issues that emerged over the spring. This includes the tensions between players’ families, as well as a discussion with captain Hugo Lloris, who had been upset at not being made aware of Karim Benzema’s return to the national side in advance.

Deschamps, Ripoll and Diacre all see their contracts expire in 2022, whilst Le Graët’s final mandate is up in 2024, the year the Olympic games will be held in Paris.

L’Équipe spoke to a former high-ranking member of the LFP management on the political situation Le Graët finds himself in, and what could happen should the French teams’ unsuccesful run continue:

“Le Graët was elected for a fourth time, he knows it’s his last term at 79, and he’s pretending to be in charge by taking the decision to keep Deschamps and Ripoll alone. By putting Florence Hardouin on the frontline, even with Les Bleus, and by prioritising an administrator to an elected official, he’s making her responsible for everything.”

“It’s the same thing with the women’s team, he’s pretending to protect Diacre but he’s actually isolating her. It’s dangerous, looking ahead of Euro 2022 in England and after being knocked out in the quarter finals on home soil having shown nothing. But Le Graët is stuck there. He’s going to hold tight until Qatar and hope that there’s no disappointment like at the Euros, because otherwise it would be catastrophic! But after that, he’ll always be able to fall back on the mighty Zinédine Zidane…”