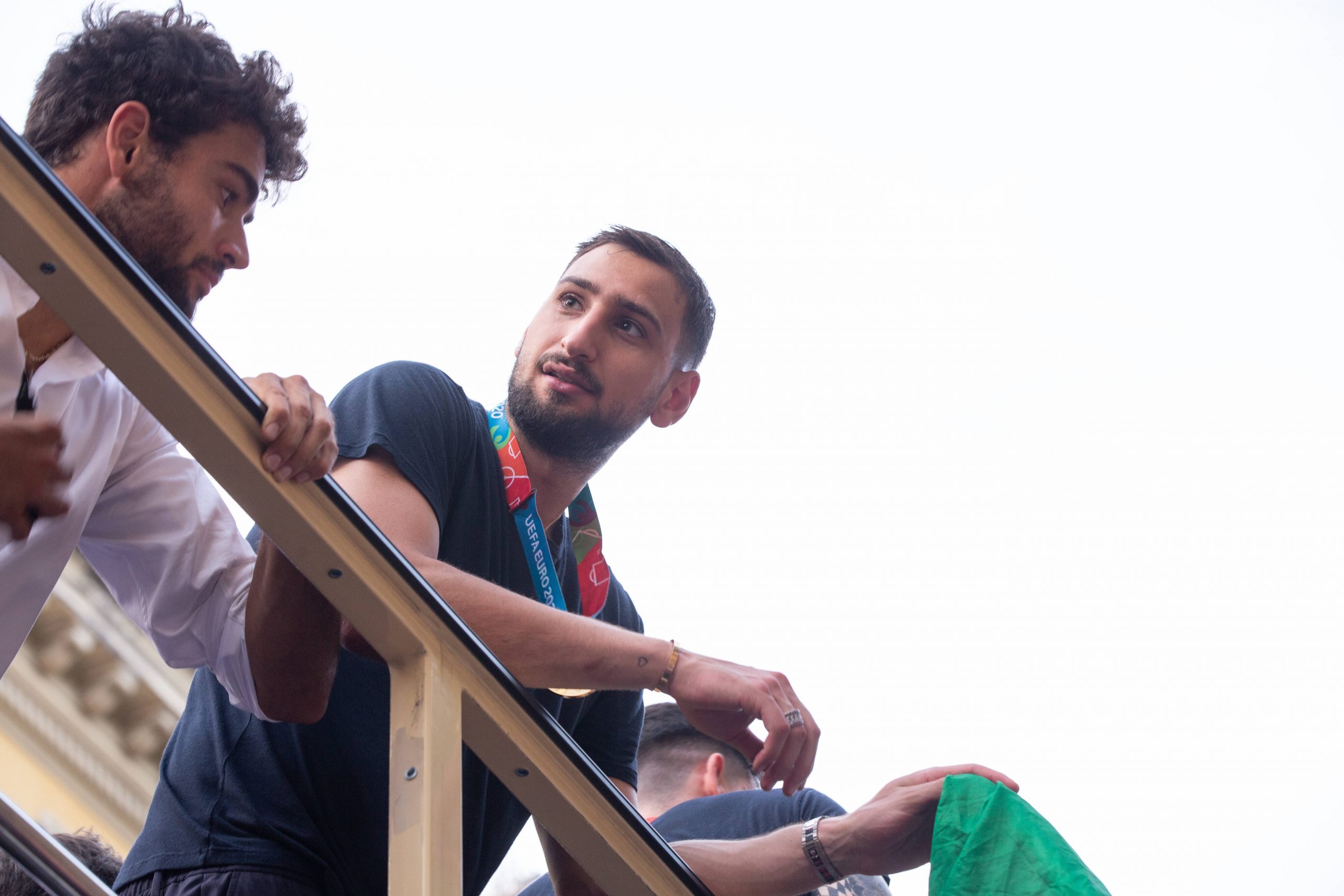 On Wednesday, PSG announced the signing of 22-year-old Italian goalkeeper and EURO 2020 winner Gianluigi Donnarumma on a free transfer from AC Milan.

Donnarumma has signed a 5-year contract through to 2026.

He is an AC Milan youth product who was given his first start in Serie A at the age of 16 – at PSG, he will have his 1st opportunity to taste Champions’ League football, should he manage to dethrone Keylor Navas, who has been in fantastic form in the last two years and counts support from new signing Sergio Ramos.

Donnarumma was named as the EURO 2020 Player of the Tournament on Sunday night.

PSG President Al-Khelaifi had the following to say on the deal:

“We are happy to welcome Gianluigi Donnarumma to PSG. We congratulate him for the EURO 2020 victory and his title as the best player in the competition. I know that Gianluigi will receive a warm welcome from everyone at the club, including all PSG supporters, the staff and his teammates.”